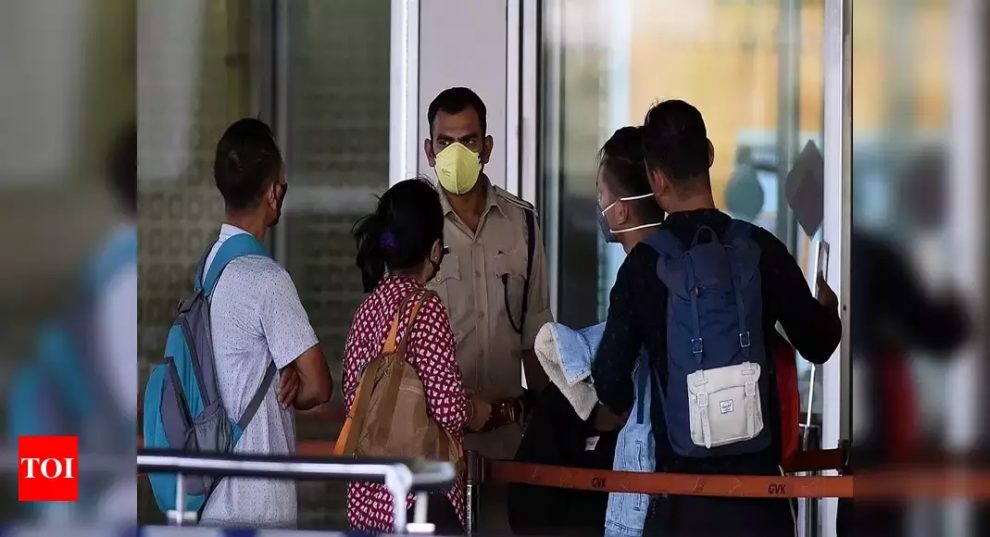 NEW DELHI: Some 15 lakh people who returned to India between January 18 and March 23, when the complete ban on international arrivals kicked in, are at the centre of an intense scrutiny to ensure they do not become Covid-19 transmitters with the cabinet secretary writing to states and asking them to track individuals who have not been accounted for in the screening-quarantine surveillance process.
Many of these people are part of home or institutional quarantine programmes launched for foreign travellers but officials said there were “some gaps” and states have been asked to track missing links as international travel has been the key link to Covid-19 cases. Some of these individuals would have completed 14 days after arrival and are now safe. There are others who can be potential spreaders and need scrutiny.
Coronavirus pandemic: Complete Coverage21-day lockdown: What will stay open and what won’tHow to quarantine yourself at homeTrust the newspaper for your daily verified news
Underlining a discrepancy between arrivals and those accounted for in surveillance, cabinet secretary Rajiv Gauba said the MHA’s Bureau of Immigration had “shared details of over 15 lakh incoming international passengers with states for monitoring for Covid-19”, whereas lesser number of people were being monitored.
The MHA’s Bureau of Immigration had “shared details of over 15 lakh incoming international passengers with states for monitoring for Covid-19”, whereas lesser number of people were being monitored. “It is important that they are put under close surveillance to prevent the spread of the epidemic,” the letter said.
“We are keeping an eagle’s eye on the arrivals, particularly those who came to India in March,” a government source said. Those who reached India need to be on the integrated disease surveillance programme so that authorities are assured that they are out of the danger zone. The Centre has asked states to immediately step up surveillance and trace all these travellers seen as crucial to breaking the chain of transmission.
Highlighting “gaps” in the numbers of passengers who should have been monitored and the actual count, Gauba asked states to immediately identify all such travellers and put them under close surveillance to prevent the spread of the epidemic. As a key preventive measure against Covid-19 which has spread in over 170 countries so far, the Centre started monitoring all international passengers who arrived in India in the last two months to ensure carriers of the virus could be isolated and treated in quarantine.
“I do not think it needs any evidence that we started way early. We still do not have community transmission,” Dr R R Gangakhedkar, head of epidemiology and communicable diseases at the Indian Council of Medical Research (ICMR) said, hinting at measures such as isolation, social distancing and testing undertaken by the government at a war footing so far.
Till Friday, 724 positive cases of Covid-19 were reported by the health ministry with 75 new cases and four deaths reported in the last 24 hours. Of this, 640 were active cases, whereas 66 were cured and one migrated. Total deaths stood at 77.
Health ministry joint secretary Lav Agarwal said Gauba’s letter was part of a routine communication and orientation with states to ensure collective efforts were made to monitor all international passengers. Gauba said in his letter that this wasn’t the first time that the Centre had reminded states about the need to keep a close watch on Indians and foreigners with a travel history. The health ministry has sent repeated messages to states to step up surveillance.
“I understand that the ministry of health has repeatedly emphasised this and requested the states and UTs to take immediate steps in this regard. I would therefore like to request to ensure that concerted and sustained action is taken urgently to put such passengers under surveillance immediately as per MOHFW guidelines,” Gauba’s letter said.
Meanwhile, the government is also making efforts to procure more ventilators, personal protection equipment (PPEs) and masks. Agarwal said an order for 30,000 ventilators had been placed with Bharat Electronics Limited and another 10,000 with a public sector company.
The health ministry has also started training of doctors and healthcare workers so that a uniform treatment protocol can be followed across the country.

No final decision on resumption of services yet: Railways as zones prepare restoration plans