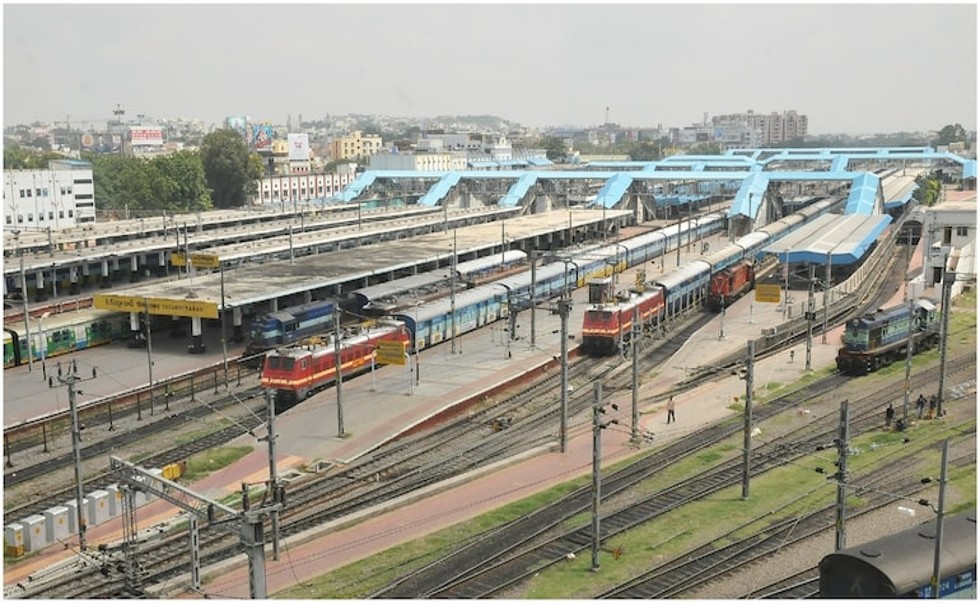 Aurangabad: As many as 200 railway stations across the country will get a facelift with modern amenities, Railways Minister Ashwini Vaishnaw said in Aurangabad on Monday.
He attended the foundation stone laying ceremony for a coach maintenance factory at the Aurangabad railway station in Maharashtra.

“Tendering process for 47 railway stations is completed while physical work has started at 32 stations,” he said.

He said the Railways is being transformed.

“The government has prepared a master plan to revamp 200 railway stations. Overhead spaces will be created on the stations which will have world-class facilities including waiting lounges and food courts, besides amusement facilities for children,” the minister said.

Mr Vaishnaw also said that railway stations will act as the “platform” for the sale of regional products.

Speaking on the contribution of the Marathwada region in Maharashtra in the making of Vande Bharat trains, the minister said, “the country will have 400 ‘Vande Bharat’ trains in the future and 100 of these trains will be manufactured in the coach factory at Latur in Marathwada. The necessary changes in the factory are already being made”.

Mr Vaishnaw said the government doesn’t give the reason regarding the ‘Rate of Return’ for sanctioning a project.

He said all parts of the country are now being connected either by highways or railways under the PM Gati Shakti scheme, and parts of Marathwada will also be connected.

The coach maintenance facility in Aurangabad has the capacity of 18 coaches but Maharashtra Leader of Opposition in the Legislative Council, Ambadas Danve, demanded that this capacity be expanded to cater to 24 coaches.

Mr Vaishnaw instructed officials to review Mr Danve’s demand and send a proposal in the next 15 days.

Speaking on the occasion, Minister of State for Railways and Jalna MP, Raosaheb Danve said the Central government has sanctioned ₹ 11,000 crore for Maharashtra, which was ₹ 1,100 crore earlier.

Aurangabad MP Imtiaz Jaleel demanded the ROR condition be kept aside while sanctioning projects for regions like Marathwada.

“Gutted That I Won’t Be A Part Of The T20 World Cup”: Jasprit Bumrah
In Greater Noida, cops arrest kidnappers, rescue 11-year-old boy within 24 hrs