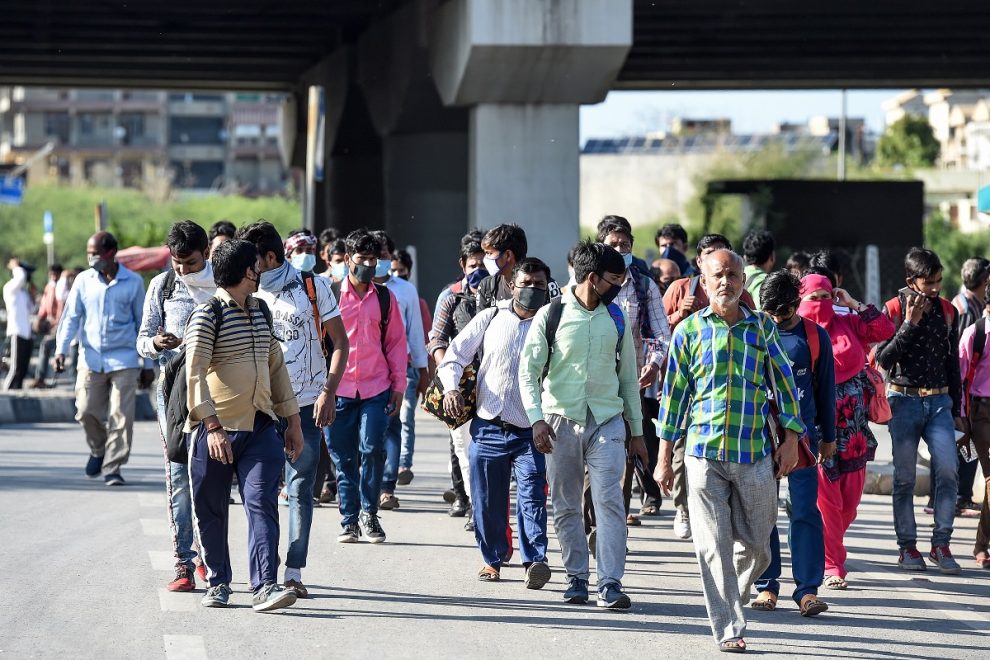 LUCKNOW: Over 20 lakh migrant workers have so far returned to UP, almost double of what the government was initially expecting, according to figures available with the administration till Thursday. In the next 10 days, another 10 lakh or so are expected to return.
With nearly 2.6% of symptomatic migrants who have been tested turning Covid-19 positive, districts where a large number of people have returned are proving to be a cause of worry for the administration. Many returning from states like Gujarat, Maharasthra and Delhi belong to the districts which lack industrial development and are considered backward. Districts like Siddharth Nagar, Balrampur, Ambedkar Nagar and Maharajganj have seen around one lakh people or more returning over the past weeks.
“A team has been in touch with officials of all districts, councillors and gram pradhans to monitor the home-quarantine situation. It has been making calls to all 75 districts. In districts where a large number of people have returned, we are alerting DMs and ensuring that community surveillance is extremely strong,” said an official.
Additional chief secretary (home) Awanish Awasthi on Thursday said that he has appealed to people coming from other states and the families of these people to come forward if they are showing any symptoms so that their treatment can be started at the right time.
“CM Yogi Adityanath has also said that due to the large number of migrants returning, testing capacity should be increased to 10,000 samples daily. The health department is doing about 7,000 tests every day,” Awasthi said. As many as 841 trains carrying migrant workers have arrived in UP till now, including 355 from Gujarat, 181 from Maharashtra, 144 from Punjab, 28 from Rajasthan, 36 from Delhi and 33 from Karnataka. Another 313 are either on the way or will arrive in a couple of days.
Awasthi said 11 trains are being operated from Delhi on a daily basis now.

Driving & vehicle documents to be treated valid till June 30