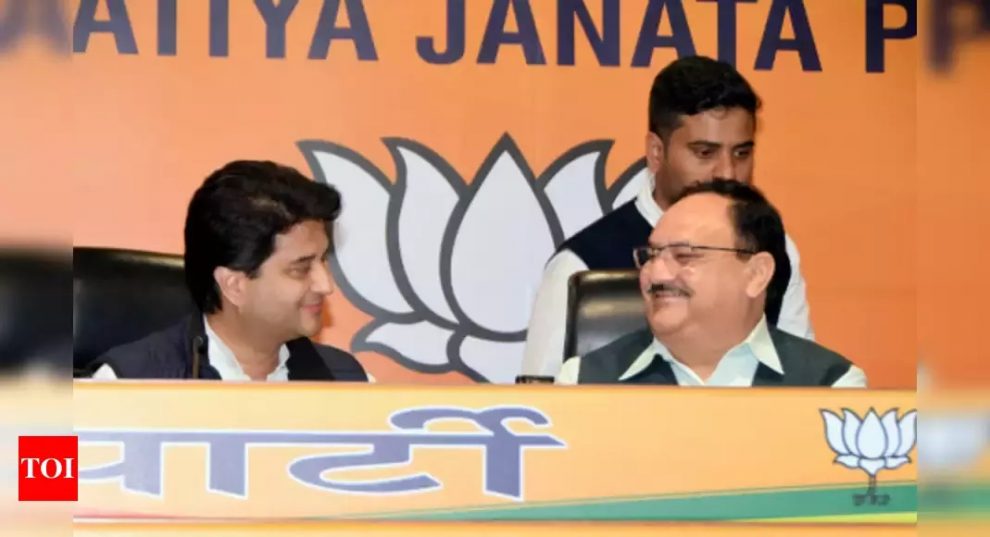 NEW DELHI: Twenty-two Congress legislators, including six ministers, who earlier tendered their resignations amid a political crisis in Madhya Pradesh as Jyotiraditya Scindia jumped ship to BJP, met BJP president JP Nadda on Saturday.
All the 22 Congress MLA’s are expected to take primary membership of the Bharatiya Janata Party.
Jyotiraditya Scindia was present at the meeting. Apart from him, two key leaders of Madhya Pradesh – Narendra Tomar and Kailash Vijayvargiya were also present.
After the 22 MLAs deserted the Kamal Nath government, the veteran Congress leader resigned from his post just ahead of a crucial floor test.
It all started with Scindia’s disenchantment with the Congress. In his resignation letter to Congress president Sonia Gandhi, Scindia wrote: “While my aim and purpose remain the same as it has always been from the very beginning, to serve the people of my state and country, I believe I am unable to do this anymore within this party.”
He even accused his former party of living in denial.