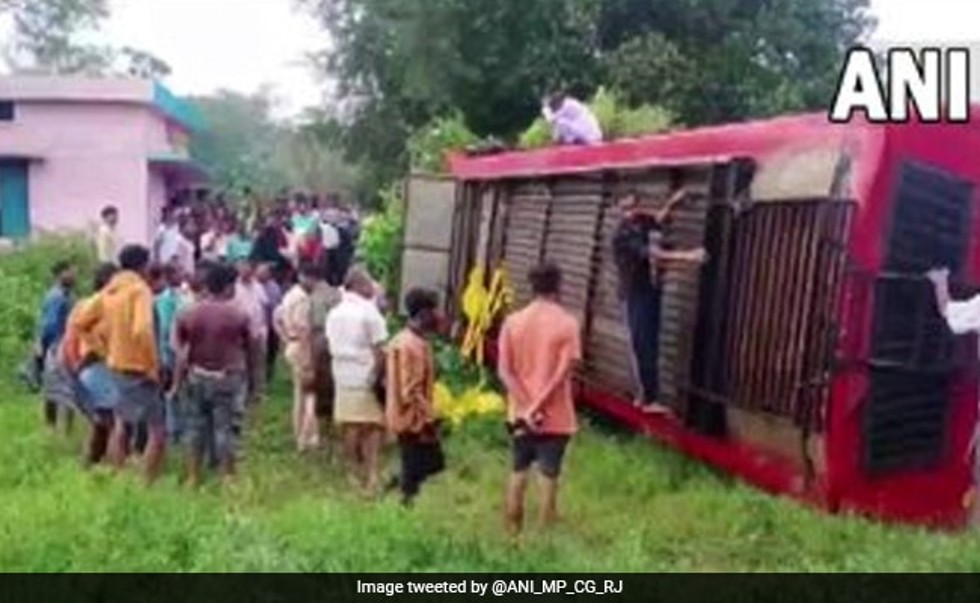 Jashpur, Chattisgarh: Three people killed while six more were left injured on Thursday, after a bus overturned while trying to save a bike that was coming from the wrong side, in Jashpur.

Mayank Tiwari, the Sub-Divisional Police Officer (SDPO) of Pathalgaon told ANI that both the persons on the bike died in the accident.

“A bus going from Pathalgaon to Ambikapur got overturned trying to save a bike coming from the wrong side. The two riding on the bike along with one bus passenger are dead, while six others are injured,” the SDOP said.