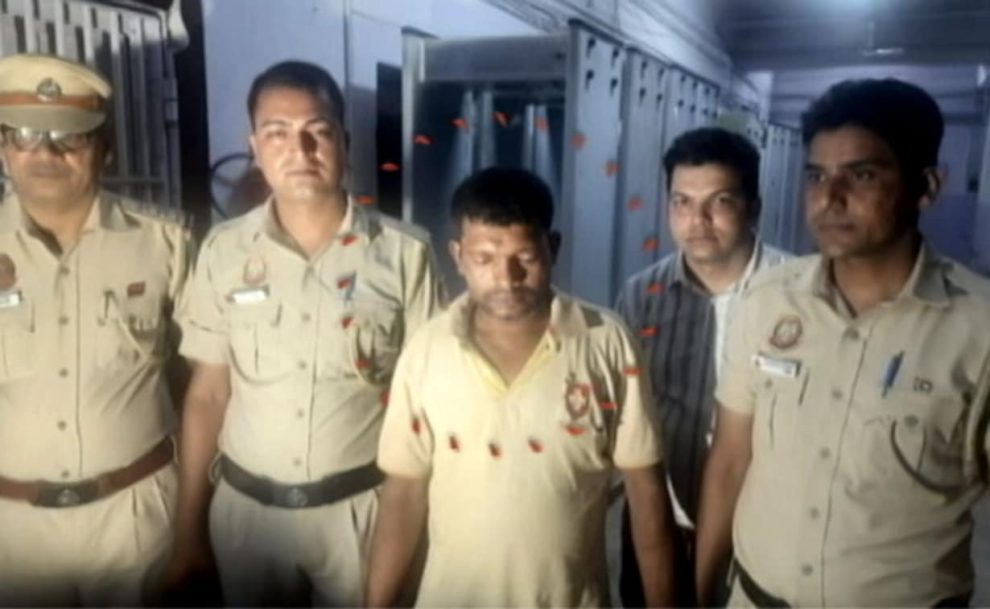 After raping the girl, the arrested suspect, identified as Rizwan alias Badshah, allegedly took a butcher’s knife to her throat and then disfigured her face to mask her identity and prevent detection of the crime.

A 36-year-old man, a butcher by profession, was arrested on Monday on charges of abducting, raping, and killing an eight-year-old girl, whose decomposed body was recovered from Yamuna Khadar behind Raj Ghat in central Delhi on August 18, a fortnight after she went missing from her near her slum residence, police said.

Explaining the motive for the crime, officers said the girl had allegedly found him in a “compromising position” with her mother a day before the crime.

After raping the girl, the arrested suspect, identified as Rizwan alias Badshah, allegedly took a butcher’s knife to her throat and then disfigured her face to mask her identity and prevent detection of the crime. However, after recovering the girl’s decomposed body from the bushes, a 50-member police team scanned several CCTV cameras and questioned over 200 people living in and around Yamuna Khadar to finally zero in on Rizwan and nab him on Monday, said a senior police officer, asking not to be named.

On Monday, Delhi Commission for Women’s (DCW’s) chief Swati Maliwal took cognizance of the crime and issued a notice to deputy commissioner of police (central), seeking a detailed action taken report in the matter, copies of the autopsy reports, first information report (FIR), complaints received and details of the arrested person.

The police are now probing the role of the girl’s mother and trying to ascertain if she was aware of Rizwan’s plan to rape and kill her daughter. The butcher’s knife that Rizwan used in the crime was recovered following his interrogation. Rizwan originally belongs to Bihar but has been living in Delhi for the past 20 years. He was working at a meat shop in Chandni Mahal area and lived on the pavements or in local mosques, the police said.

DCP (central) Shweta Chauhan said on August 5, the girl’s father filed her missing complaint and reported that she was last seen sleeping in the jhuggi with his wife and three other children. He noticed her missing around 4am. While efforts were on to trace the girl, on August 18, two herders spotted the decomposed body of a minor girl at Yamuna Khadar and informed the police.

The body was identified as that of the girl by her parents going by her clothes.

Explaining the delay in finding the body, the police said around the time of the crime, it was raining heavily in the area and the drain near the crime scene was overflowing. The body of the girl got submerged in the swamp and it was only when the waters receded that the body became visible and the herders spotted it, police said.

“The autopsy reports that came on Monday confirmed that the girl was raped before being killed. Accordingly, the sections of rape and murder were added to the FIR,” said DCP Chauhan, adding that 50 personnel were tasked to crack the case and nab the suspect.

Through human intel and after questioning of over 200 persons, the police learnt that a local butcher named Rizwan frequented the girl’s jhuggi and used to befriend her by buying her candy. They checked on Rizwan’s movements and found that he was seen around Yamuna Khadar on the day the girl went missing.

“We caught Rizwan and he admitted to the crime during questioning. Rizwan revealed that he was intimate with the girl’s mother and was friendly with the girl when he visited their jhuggi. He disclosed that the girl had found him in a compromising position with her mother. He feared that she may tell her father about it and decided to kill her,” DCP Chauhan said.

On the night before the crime, the DCP said, Rizwan consumed alcohol and a narcotic substance, and waited for the girl and her family members to sleep. He then abducted the sleeping girl and took her to a secluded place nearly a kilometre away in Yamuna Khadar, raped her and killed her, she said.