5 held for robbing scrap shop in Ludhiana, kingpin on the run - Govt.in - Telling the truth- always! 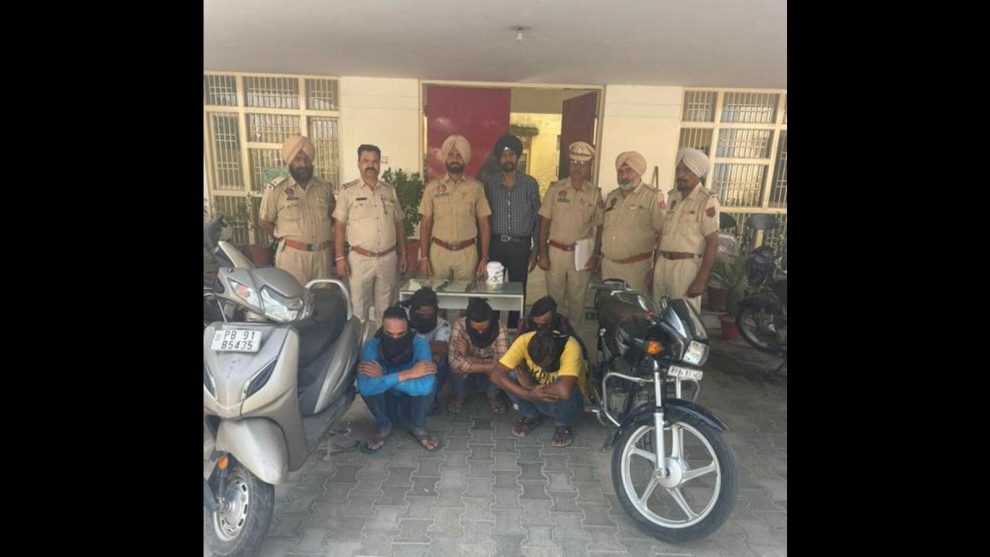 The accused have been identified as Yogesh Kumar of Haibowal, Balwinder Balli of Gopal Nagar and Ricky Kumar, Rajan and Sawan of Jain Colony. Police have recovered ₹10,000, a bike, a scooter, a sharp and a blunt weapon from their possession.

The kingpin of the gang, Pawan Talli of Haibowal, who is also a scrap dealer, is yet to be arrested.

The complainant, Razi Ahmad, said he runs his scrap shop on the ground floor of his house. He told police that he was at his shop with a friend on August 15, when four masked with sharp and blunt weapons barged in at around 8pm.

He said the suspects started assaulting his friend with a blunt weapon and tried to attack him too, but he rushed upstairs to save himself. He said the accused took ₹22,500 from the drawer and escaped.

The ASI added that the suspects are already facing trial in several cases. An FIR had been lodged against them under Section 395 (dacoity) of Indian Penal Code.