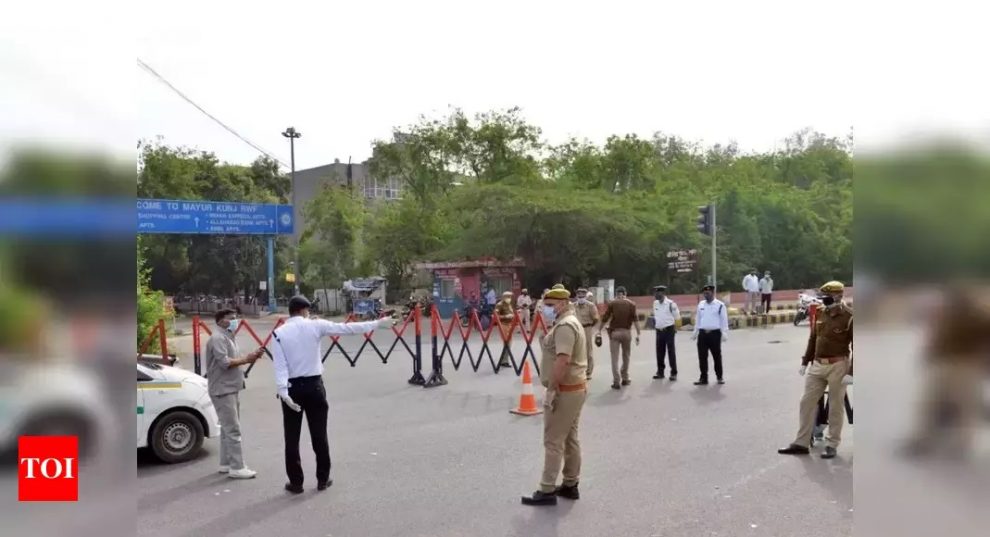 NEW DELHI: Police enforced the lockdown in the capital strictly on Tuesday, detaining 5,146 people and registering 299 cases against them for flouting prohibitory orders. Cops said 1,018 vehicles were seized from across the city under the Delhi Police Act.
Enforcement is expected to get stricter from Wednesday, after Prime Minister Narendra Modi announced a 21-day lockdown across the country. Besides detaining people, the cops had also been ordered to seize vehicles found running not only on the main roads, but also within the colonies.
Police also conducted checks for speeding and dangerous driving after complaints that a lot of people speeding on empty roads in south and south-west Delhi. Police said most violators were youngsters out on twowheelers to “check the situation” around the city. They were stopped and detained at the check posts or apprehended during surprise checks in the colonies. A few shopkeepers in west Delhi were also detained for selling non-essential items. When detected to be driving aimlessly on the arterial stretches, people were forced to return home.
Having announced that crossing the borders into Delhi from neighbouring states would require curfew passes, Delhi Police set up a single window at the offices of the designated deputy commissioners of police. By 5pm on Tuesday, 2,319 vehicle passes had been issued. An enquiry counter at the DCPs’ office cleared doubts about the curfew passes, which contain the name, designation, organisation and contact number of the holder.
The applicants were made to sign a declaration that the passes allowing interborder movement would not be transferred to others. They were also informed that the passes would work in conjunction with their identity cards. Police officers said it was mostly media professionals and owners of food delivery companies and pharmacies that collected the passes on Tuesday. Enforcing the ban on entry of vehicles into Delhi, police carried out strict checks at the border posts and other check points.
They used drones and conducted surprise patrols to swoop on people gathering at roadsides or near markets. In order to facilitate movement of vehicles carrying essential supplies, the cops created a separate lane on the roads entering the city, especially from Noida and Faridabad. Officers said there initially were problems about the passage of medicines, food items and newspapers, but these were resolved during the day.