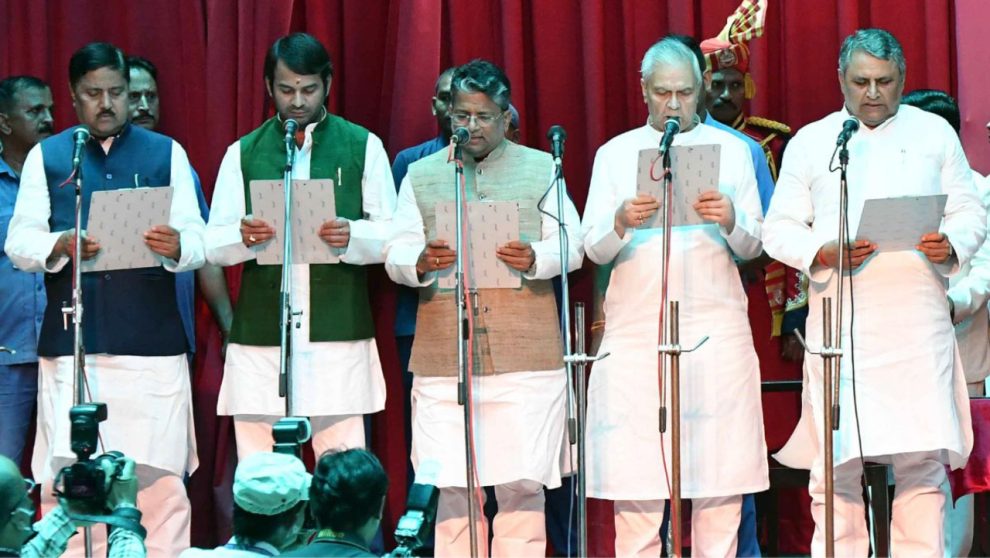 More than 70 per cent of the newly sworn-in ministers in Bihar have declared criminal cases against themselves, the poll rights body ADR said.

Mr Kumar, who recently dumped the BJP and joined hands with the RJD to form the government in Bihar, expanded his new cabinet on Tuesday by inducting 31 new ministers. Nitish Kumar and Tejashwi Yadav had been sworn in earlier on August 10.

Consequent to the reconstitution of the Bihar Council of Ministers, the Association for Democratic Reforms and the Bihar Election Watch have analysed the self-sworn affidavits of 32 out of 33 ministers, including the chief minister, submitted during the 2020 Assembly polls.

One Cabinet minister, Ashok Chaudhary of JD(U), who is a nominated member of the Legislative Council, is not required to submit his affidavit, hence his information on criminal, financial and other details are not available in the public domain, the ADR said in its report.

A total of 23 ministers have declared financial liabilities. The minister with the highest liabilities is Lalit Kumar Yadav from the Darbhanga Rural constituency at ₹ 2.35 crore.