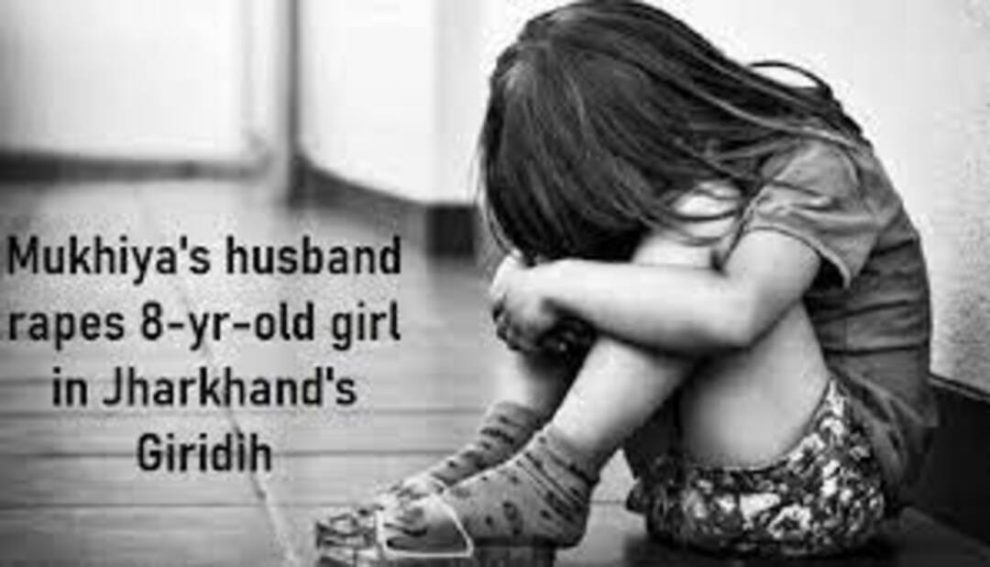 An eight-year-old girl was allegedly raped by the village head’s husband in Jharkhand’s Giridih district on Thursday. The accused man has been identified as Minku Mandal, who is the husband of the village head.

According to the police, a minor girl had gone with her mother to take a bath in a river located in the village.

At the same time, the village head had also gone to the river to take a bath.

The village head asked the minor girl to get soap from her house. When the girl reached the head’s house, she was raped by the village head’s husband.

Police referred the victim to Giridih Sadar Hospital for medical examination. Seeing the serious condition of the girl, the doctors referred the girl to Dhanbad for better treatment. Several raids are being conducted to arrest the accused head husband.