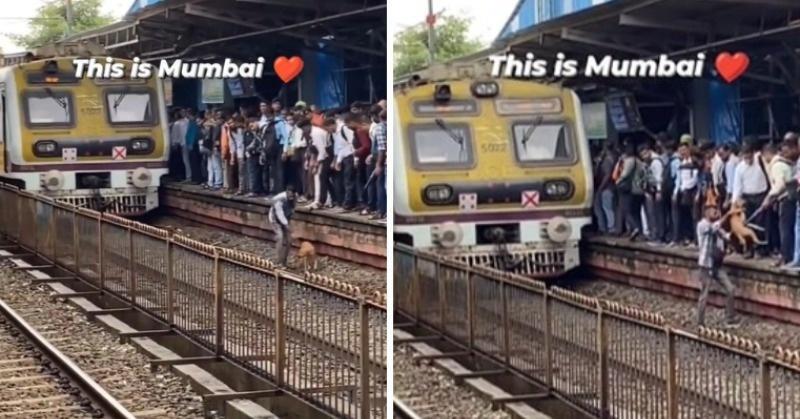 A video of a man rescuing a dog from railway tracks as a train approached a station in Mumbai has gone viral on the internet. The short clip was shared on Instagram by an account called ‘Mumbai Meri Jaan’ and credited to Nikhil Lokhande. It has accumulated over 31,000 likes and 488,000 views.

In the video, a dog can be seen walking on the railway tracks while a train approached the station. The short clip then showed a man walking towards the arriving train which is moving at a very slow speed and signalling it to stop. Many onlookers can also be seen watching as the man took the dog off the tracks and put it on the platform.According to social media users, the incident took place at Nallasapora, which falls within the Mumbai Metropolitan Region.

Internet users praised the man for saving the dog. One user wrote, “My heart is melting seeing this! God Bless The loco pilot and the man who saved the dog!” Another added, “God bless the man. Small acts like these really matter.”

A third wrote, “Respect to the guy who saved the dog and to the motor men as well.. very brave guy who saved the Dog,” while a fourth simply called the video “heart-touching”. Meanwhile, in another instance, the alertness of aat the Bankura railway station in West Bengal. The video of the incident was shared by the Railways Ministry on Twitter.

Hima Das has not won Commonwealth Games gold yet, viral video is from 2018
Old video of US naval exercise viral as Pelosi’s Taiwan escort