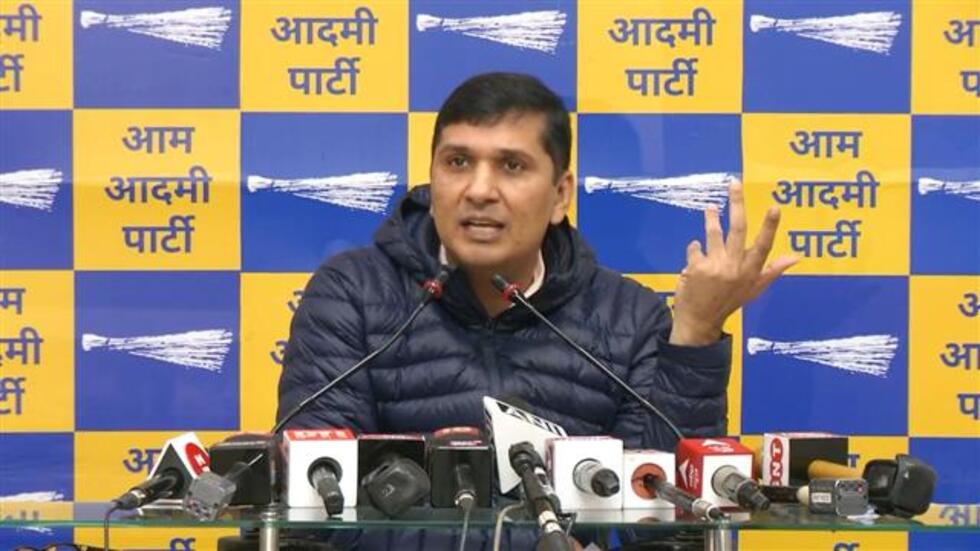 AAP spokesperson Saurabh Bharadwaj also hit out at the Delhi Police over its probe into the death of the woman in Sultanpuri. He claimed the police registered case under a weaker section, alleging a cover-up.

There is massive outrage over the death of 20-year-old woman who was killed after being dragged by a car for nearly seven kilometres in Delhi’s Sultanpuri area. The five people who were present in the grey Maruti Baleno car and suspected to be under the influence of alcohol, have been arrested.

Delhi chief minister Arvind Kejriwal demanded capital punishment for the accused, calling it a rarest of rare crime. Delhi lieutenant governor VK Saxena expressed shock over the incident, saying his head hung in shame. In a latest development, Kejriwal spoke to the L-G, urging him to take ‘exemplary action against culprits, strictest sections of IPC shud be slapped against them’

However, political slugfest has erupted with the Aam Aadmi Party alleging a BJP link to one of the arrested accused. AAP spokesperson Saurabh Bharadwaj addressed an explosive press conference wherein he claimed that one of the accused is a BJP leader. He even demanded the ouster of the lieutenant governor.

“An accused behind bars in Sultanpuri police station is a BJP leader named Manoj Mittal. There is a cover-up in the entire incident because the L-G is aware of the involvement of a BJP leader. I challenge Vinay Saxena to publicise the call details of the accused”, Bhardwaj said.

The AAP spokesperson also cornered the Delhi Police, accusing it of presenting a weak case. “The police has registered a case of death due to negligence under section 304 A which is a weak section. The bail can be obtained in police station itself. DCP Harendra Singh said a medical examination will determine if the arrested accused consumed alcohol. But what about sexual assault charges”, Bharadwaj said.

The woman’s parents have alleged that their daughter was sexually assaulted, with the National Commission for Women also demanding a probe into the allegations.