‘AAP, by any conservative estimate, has potential to win 50 seats in Lok Sabha’: Haribhau Rathod - Govt.in - Telling the truth- always! 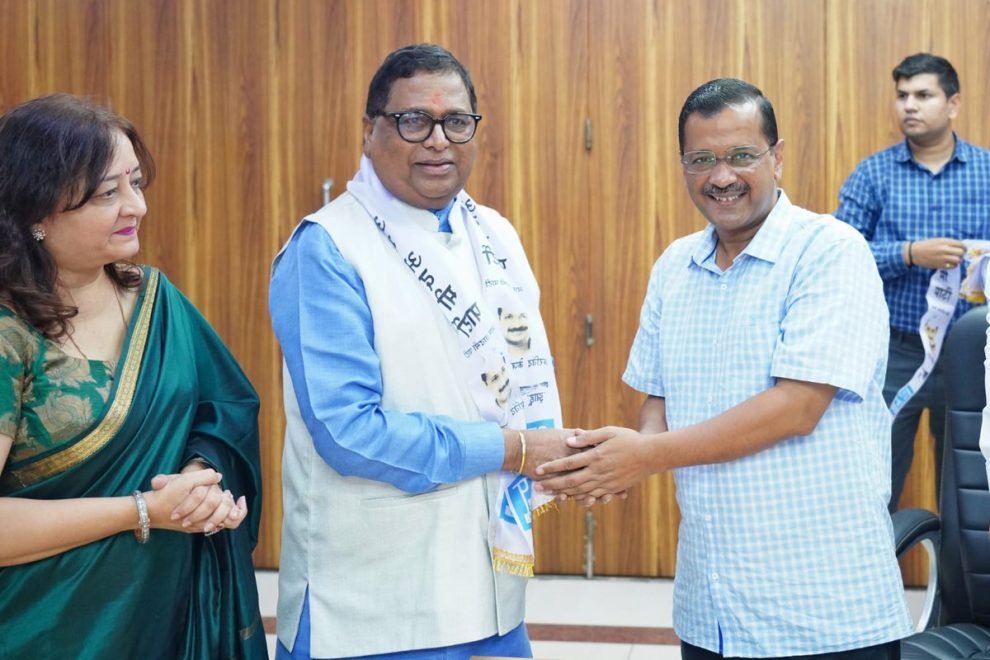 An OBC leader and former BJP MP, Haribhau Rathod (68) joined the Aam Aadmi Party Sunday. Born in Yavatmal district of Vidarbha region in Maharashtra, Rathod, who belongs to the Banjara community, started his politics with the BJP and has championed the cause of nomadic and denotified tribes. Excerpts from an interview:

Why this sudden decision to join AAP?

I have been closely monitoring AAP’s work and have had interactions with its workers across Delhi, Mumbai, Punjab. AAP’s politics and agenda appealed to me a lot. I personally believe education and health are the primary concerns and backbone of any welfare state and country. Under Arvind Kejriwal’s leadership, AAP has made giant strides in these two sectors. Their focus on social sectors is very laudable. I also believe I will have a lot of scope and space to work in AAP, especially in areas of my interest, which entail wider networking with a cross-section of people.

Everybody had dismissed AAP as a Delhi party. But when it won Punjab, many were surprised, including me. I analysed the reasons and was told by my acquaintance that there was a wave in favour of AAP. The people were fed up with established parties like the Congress, Akali Dal and BJP. They saw in AAP a credible alternative. Now, this is a factor which will see replication in many other states as well at the Centre. It may seem exaggerated, but I am confident AAP, by any conservative estimate, has a huge potential to win 50 seats in the Lok Sabha. The people want change.

You started your politics with the BJP. Why did you quit?

I was working as an officer in the MSEB (Maharashtra State Electricity Board). At that point, the issue of OBC reservation came up. I got involved in social issues, which was noticed by the late BJP leader Gopinath Munde. We were more like friends and he persuaded me to join the BJP. In 2004, I contested the Lok Sabha elections from Yavatmal and won. But gradually, I was disillusioned with BJP’s agenda (referring to its Hindu versus Muslim politics). I could not identify with their core agendas.Later, in 2013, I joined the Congress and became a Member of the Legislative Council. I campaigned in and coordinated at least three state elections. But I realised I was not getting anywhere in the party. Ahead of the 2019 Assembly elections in Maharashtra, the Shiv Sena approached me and asked me to campaign. I used my wide network for the party. I was aligned to the Sena but did not get the desired response from the leadership. So, I have not been with any party since 2021.I joined AAP as a senior leader. I am not seeking any designation or post or community leadership. To the contrary, I will use my experience and network to consolidate the organisation. I extensively worked with OBCs during the Mandal Commission. So, it remains my area of concern. In the 14th Lok Sabha, I mooted a private member’s Bill and resolution for the development of persons belonging to denotified tribes and nomadic tribes. I have extensively submitted reports on the need for sub-categorization within the OBCs, which was lauded by political leaders across parties not only in Maharashtra but other states also.

The Mandal Commission which advocated OBC reservation has completed three decades. The OBCs are getting 27% reservation. But out of the total 2,500 communities which come under OBC categories, only 500 have reaped the reservation benefits. There are at least 2,000 sub-castes within OBCs which are completely unaware of the reservation… A lot of social reforms are necessary in this sector. It will require tremendous and long-term efforts to bring these socio-economically deprived segments within the reservation bracket.