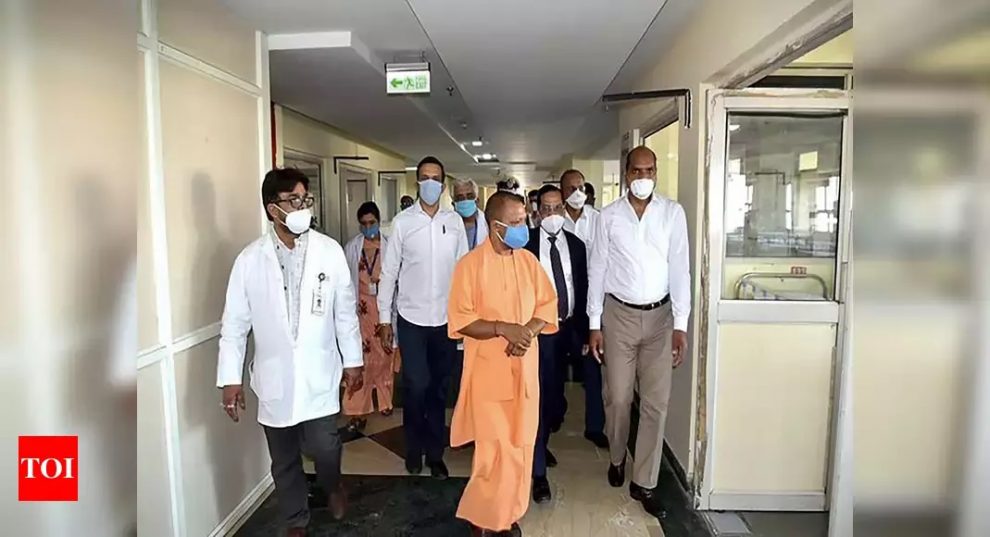 LUCKNOW: Chief Minister Yogi Adityanath cut short a western Uttar Pradesh trip on Tuesday, rushing back here to discuss the possible spread of coronavirus from the religious congregation in Delhi’s Nizamuddin.
Adityanath visited Ghaziabad in the morning, but called off the rest of the trip. Initially, he was scheduled visit Meerut and Agra next to assess preparations to fight the spread of coronavirus.
He headed back to Lucknow meet senior officers and review quarantine measures, after reports that a meeting organised by Tablighi Jamaat in New Delhi’s Nizamuddin may have infected many people from the state, an official said.
The CM was expected to hold a meeting with senior officials later in the day, a government spokesman said.
Twenty-four people, who took part in a religious congregation in Nizamuddin West earlier this month, have tested positive for coronavirus, Delhi Health Minister Satyendar Jain said on Tuesday.
“An estimated 700 people, who attended this congregation, have been quarantined while around 335 people have been admitted to hospitals,” he told reporters, referring to the situation in Delhi.
In Hyderabad, Telangana government late Monday said six people who attended the congregation between March 13 and 15 died due to coronavirus.
Police have cordoned off a major area in Nizamuddin West.
Thousands of people, including foreigners, visited the Jamaat premises over the past month, triggering fears now that they have spread the virus.