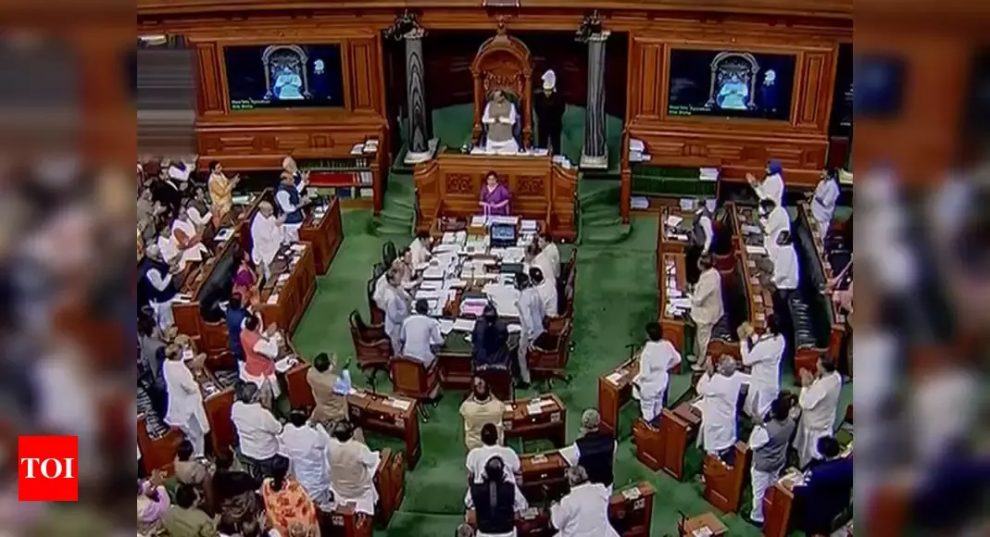 NEW DELHI: Members of Parliament will now also have to forfeit a total of Rs 27,000 per month from their constituency allowance and office allowance, according to government orders.
This is besides the 30 per cent cut in the monthly salary of MPs from Rs one lakh to Rs 70,000.
According to the orders, the Joint Committee of Parliament in consultation with the government recommend a 30-per cent cut in Constituency Allowance of Rs 70,000 per month of each MP, which comes to Rs 21,000 per month.
“Notwithstanding anything contained in the rule 2, a member shall be entitled to receive the constituency allowance under section 8 of the salary, Allowances and pension of members of Parliament Act, 1954 (30 of 1954), at the rate of rupees forty nine thousand per mensem for the period from April 1, 2020 to March 31, 2021,” the government said in a notification.
Out of Rs 60,000 of Office Allowance per month, each MP will now get Rs 14,000 towards stationery as against Rs 20,000 per month earlier.
There has been no cut in the amount of Rs 40,000 per month meant for engaging personal assistants by MPs.
Rajya Sabha chairman M Venkaiah Naidu and Lok Sabha Speaker Om Birla accepted the recommendations of Joint Committee and the cut has become effective from April 1, the official order said.
The rules, as per the notification, under which the deductions have come are called the Members of Parliament (Constituency Allowance) Amendment Rules, 2020.