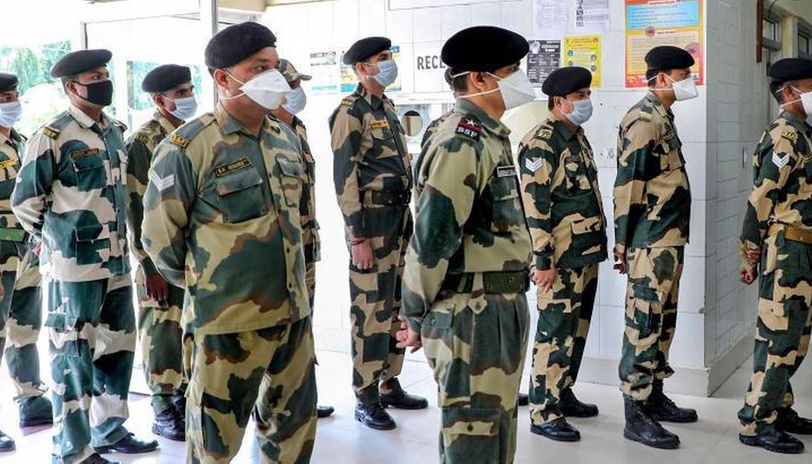 NEW DELHI: A day after CRPF headquarters were closed for sanitisation due to two Covid-19 positive cases, BSF headquarters in the same CGO Complex here too were partially shut after a head constable attached to a senior officer tested positive.
Meanwhile, another BSF driver who drove the escort vehicle in carcade of the inter-ministerial central team (IMCT) in Kolkata has tested positive for the pandemic. He had reported ill on April 30, tested for Covid-19 and his result came as positive on Sunday. Around 50 of his contacts have been quarantined and made to take the test. The results are awaited.
Sources said the infected personnel did not come in direct contact with the IMCT members.
Back in Delhi, a head constable of BSF who is on the personal staff of a senior officer was found Covid-19 positive on Sunday night. He had last attended office on Friday and was working on 2nd floor of BSF Force Headquarters. Around 5-6 of his primary contacts, including the senior officer to whom he was attached, have been quarantined and will be tested for Covid-19. his secondary and tertiary contacts are also being traced.
Meanwhile, 10 more BSF personnel tested positive in Tripura on Monday.
With 12 fresh infections, the total number of Covid-positive personnel in the BSF is 66 so far, with 41 cases in Delhi, 24 in Tripura and 1 in Kolkata.
On Monday, offices on the first and second floors of the BSF headquarters were closed as a precautionary measure. The sanitisation was undertaken and as per protocol, the sanitised area will be closed on Tuesday as well, though normal functioning should resume on Wednesday.
Meanwhile, two more personnel have tested positive in the 31st battalion of CRPF based at Mayur Vihar here. Of the 480 personnel of the battalion tested, 472 results are in of which 137 are positive. Six results are still awaited.
On Sunday, two CRPF personnel attached to the force headquarters — a bus driver and PA of a special DG-level officer — had tested positive, leading to closing of the building for sanitisation. The sanitisation was done on Monday through the headquarters will be resume normal functioning only on Wednesday.

Delhi: Festive Season Is Back, And So Is The Poor Air Quality