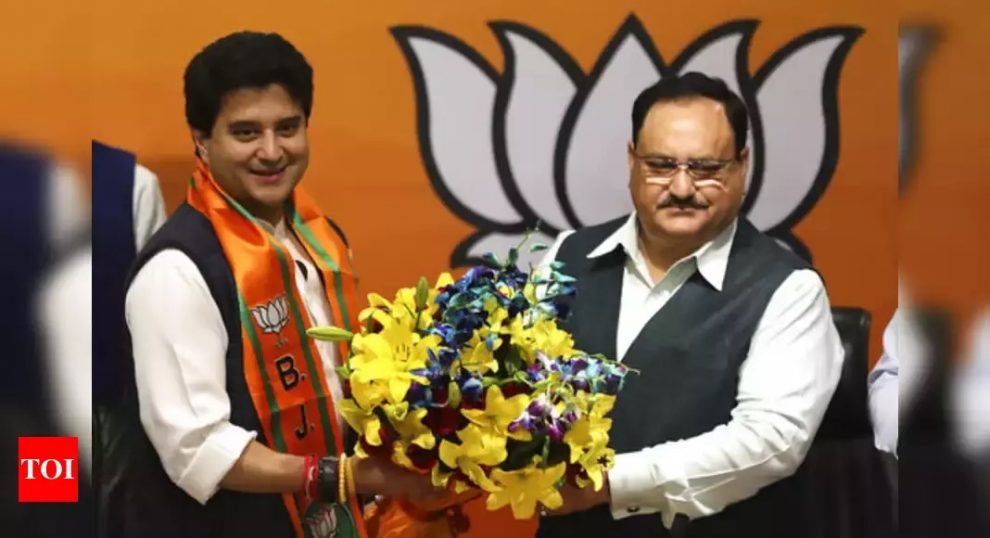 BHOPAL: The Madhya Pradesh Economic Offences Wing has closed a case against former Union minister Jyotiraditya Scindia and his family members, where they were accused of falsifying a property document while selling land, an official said on Tuesday.
Scindia quit the Congress on March 10 and later joined the BJP. His resignation from the Congress triggered a revolt in the Madhya Pradesh party unit, with 22 MLAs who belong to his camp also tendering their resignations. This led to collapse of the Kamal Nath-led state government last week.
On March 12, when the Congress was in power in the state, the Economic Offences Wing (EOW) decided to verify facts afresh into the complaint against Scindia and his family of allegedly indulging in wrongdoing while selling a land in Gwalior in 2009.
“The complainant, Surendra Shrivastava, approached us for the second time on March 12 seeking a re-look into his complaint against Scindias. We forwarded the complaint to our Gwalior office which, after a re-investigation, closed it,” a top EOW official said.
According to sources in the EOW, it closed the case against Scindia and his family on Friday.
Incidentally, Kamal Nath also stepped down as chief minister on Friday after his government was reduced to a minority.
On March 12, Shrivastava filed a fresh complaint against Scindia and his family, alleging that by falsifying a registry document, they sold him a piece of land at Mahalgaon which was smaller by 6,000 sqft than the original agreement in 2009, the EOW official said.
He initially lodged the complaint on March 26, 2014 against Scindia, who was then a Congress leader, and his family. But it was investigated and closed in May 2018 (when the BJP was in power in the state), the official said.
Earlier this month, 22 MLAs loyal to Scindia resigned from the Congress, paving way for the BJP to come to power in the state again.
Senior BJP leader Shivraj Singh Chouhan took oath as chief minister of the state on Monday night.

“Like My Sister, Realise Mistake”: Noida Politician On Abusing Woman