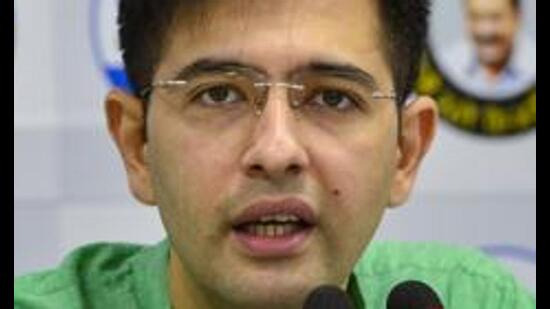 Chadha said after AAP formed a majority government in Punjab this year, people of the country started considering Kejriwal as the alternative to Modi

Aam Aadmi Party (AAP) lawmaker Raghav Chadha on Friday alleged the Centre has unleashed agencies such as the Central Bureau of Investigation (CBI) on his party’s leaders to finish Arvind Kejriwal off as the Delhi chief minister has emerged as an alternative to Prime Minister Narendra Modi in national politics. He said the BJP and Modi are scared of Kejriwal.

“After AAP formed a majority government in Punjab [this year], people of the country started considering Kejriwal as the alternative to Modi. The BJP and Modi are scared of the rising political stature of Kejriwal,” said Chadha at a press conference as CBI raided deputy chief minister Manish Sisodia’s residence over alleged irregularities in the implementation of Delhi excise policy 2021-22.

Chadha said that people earlier asked Modi versus who. “…now [they are] saying Modi versus Kejriwal. After AAP’s victory in Punjab, people of the country are saying that they have found the alternative; …an alternative to Modi in Kejriwal,” said Chadha.

He called Kejriwal the hero of the most rapidly growing political party in post-independence India. “BJP and Modi are afraid of the rising political graph of Kejriwal,” said Chadha. Chadha added AAP’s wave has spread throughout the country since AAP formed the government in Punjab. “Kejriwal’s popularity and popular support are reaching all corners of the country and people are talking about the Kejriwal model of governance.”

AAP leader Sanjay Singh earlier in the day slammed Modi saying the prime minister cannot stop Kejriwal’s rising popularity. He claimed the real motive behind the raids was not the probe into the policy but to dent Kejriwal’s popularity.