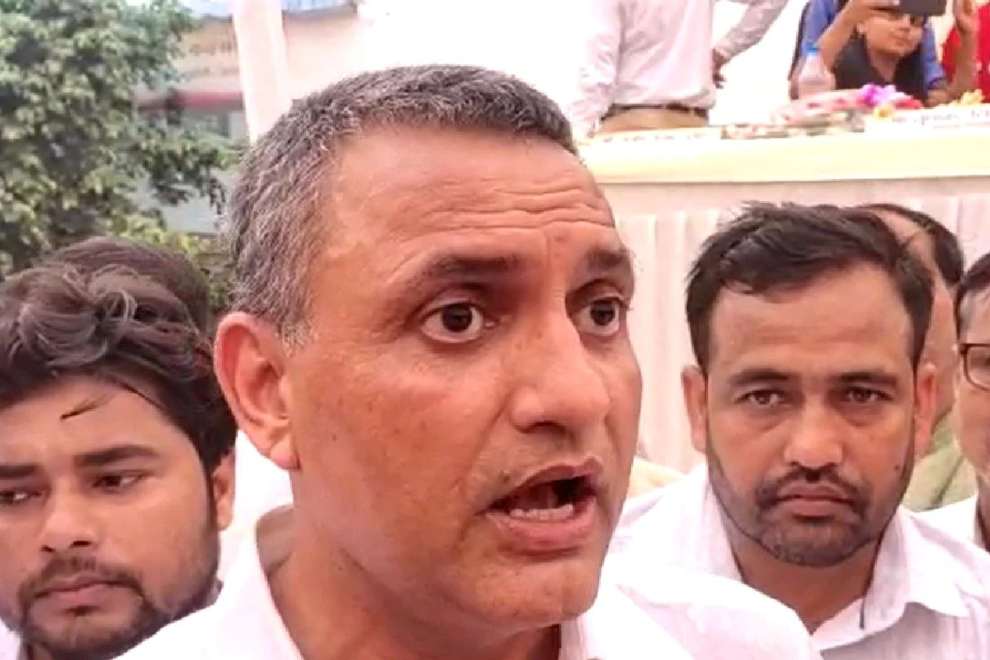 As Bihar agriculture minister Sudhakar Singh, the RJD MLA from Ramgarh, faces corruption allegations over a 2013 rice scam, he speaks to The Indian Express to respond to them, even as he also throws light on his department’s plans to deal with the looming threat of one of the worst droughts in the state, which has been reeling under severe rain deficiency this monsoon. Excerpts:

It was a 2013 matter. Like several mills of others, my two mills were also given the contract (by the government) of processing paddy into rice. It was fault on the part of the (then) state government to give the second lot of paddy to mills without collecting rice of the first lot. We were declared defaulter and a case was lodged in 2013. The matter is now pending in the Supreme Court. I would go by what the court directs… But I wonder about the timing of the Opposition against me. Why did Sushil Modi not talk about it earlier? Why is he taking up a sub-judice matter? Second, I was in BJP when the case was lodged against me. The same Sushil Modi had come to meet me in jail. There is no question of my resigning just because the Opposition is demanding so.

With 40 per cent deficient rains and paddy sowing being hit, Bihar is staring at perhaps the worst-ever drought in the last five decades. Chief Minsiter Nitish Kumar and I have been moving in the field to make the assessment on the ground and are finding the situation very alarming. The state government may formally announce drought soon.

First, we have ensured availability of electricity for farmers for eight hours to 16 hours daily so that they can use pumping sets to irrigate their fields for paddy sowing. We know the water table has gone down. But we are asking farmers to use whatever means of irrigation they can use. We have been also giving diesel and fertiliser subsidy. But I doubt if claims of 80 per cent sowing is correct. Despite all of our best efforts, we cannot avert drought. I do not remember when was the last time Bihar faced such a drought.

It is sad that despite three agricultural roadmaps, things have not improved in the state over the years. We have identified that the main problem starts from the seed level. There has often been a delay in the supply of fertiliser from the Centre. The department needs a complete overhaul – from seed quality and procurement to timely supply of fertiliser. If there is a delay in crop sowing, it often results in less productivity.

We have to go back to the old mandi system. We are soon reviving 60-odd government mandis so that farmers get a local mandi and get a fair price of their yields as well. We have a big maize belt but we have only a few mandis. The central farm laws, now withdrawn, were not in the interest of farmers. Once we put in place the government mandis, things would be back on track. So, seed, fertiliser and procurement are the three aspects we have been working on.

That is the whole problem. Single procurement agency system started by the NDA government in Bihar in its second tenure (2010-2015) is irrational and wrong because farmers are often forced to sell their yields at throwaway price in the open market because of the PACCS often delaying the procurement and not meeting purchase targets. We have again decided to introduce the multi-agency procurement system so that maximum grains of farmers could be purchased well in time.

Why not? Eventually, we aim at having a system that benefits the farmers. If there are good private agencies, they can work together with us following our norms. With mandis and multi-agency system, we hope to get our primary sector, agriculture, back on track.