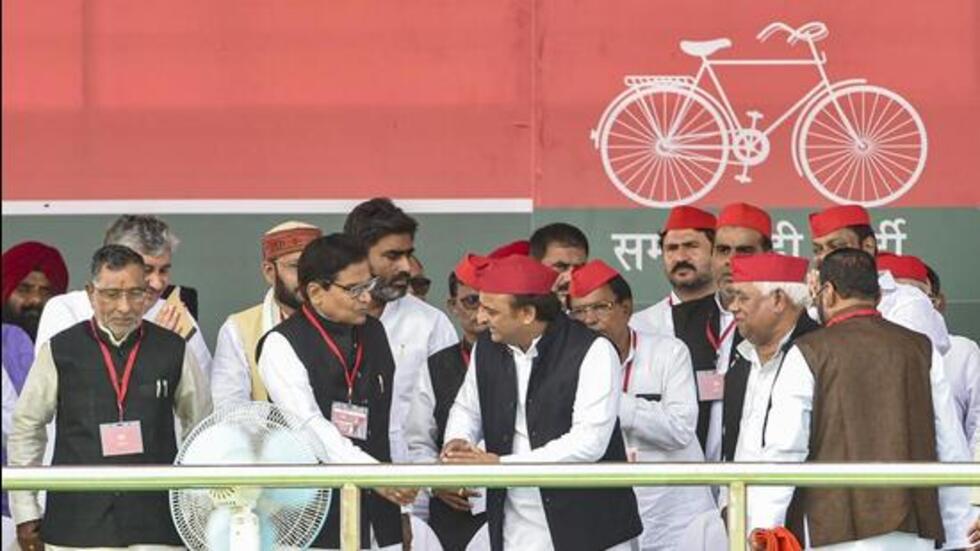 Former Uttar Pradesh chief minister Akhilesh Yadav on Thursday asked the people to remove the Bharatiya Janata Party (BJP) from power in the 2024 national polls and help Samajwadi Party (SP) become a national party in the next five years as he was re-elected its national president for the third time.

He said the people voted for the SP in the 2022 Uttar Pradesh assembly polls but the BJP snatched away their government and installed its own with malpractices and misuse of the official machinery. “They did this because the exit from Uttar Pradesh would have meant the exit of the government from the Centre as well. That is why they did all that they could.”

He added the Election Commission of India (ECI), an institution they had the highest faith in, also let them down. “The ECI sided with the booth in charges of the BJP. That is why now we have to become very strong at the booth level.”

He vowed to continue the struggle against the BJP governments in the state and at the Centre even if they have to fill up jails. He said democracy and the Constitution are in danger and that the governments in Delhi and Lucknow have captured the institutions.

“[We] do not fear struggle,” said Yadav at the party’s national convention in Lucknow after he was declared the SP national president unopposed.

Yadav spoke about unity among the socialists and Dalits, who are joining the SP in large numbers. He called BJP leaders liars and propagandists. “As we are celebrating Navratis…let us make a prayer to Goddess Durga that the BJP leaders stop lying…Farmers are distressed, but maximum loan waivers were given to Gujarat businessmen…Industries are being taken to Gujarat. Why not to the state [Uttar Pradesh], which gave maximum seats to BJP and helped it form the government at the Centre twice?”

Akhilesh Yadav thanked the party for the trust it has shown in him. “It is not just a post, but a great responsibility. I assure you that for the responsibility that you have given me, even if I have to devote every day of life and every moment to work and struggle, I will.”

He said the SP founder and his father, Mulayam Singh Yadav, always wanted it to become a national party. “…we tried and did a lot of hard work to do that…”