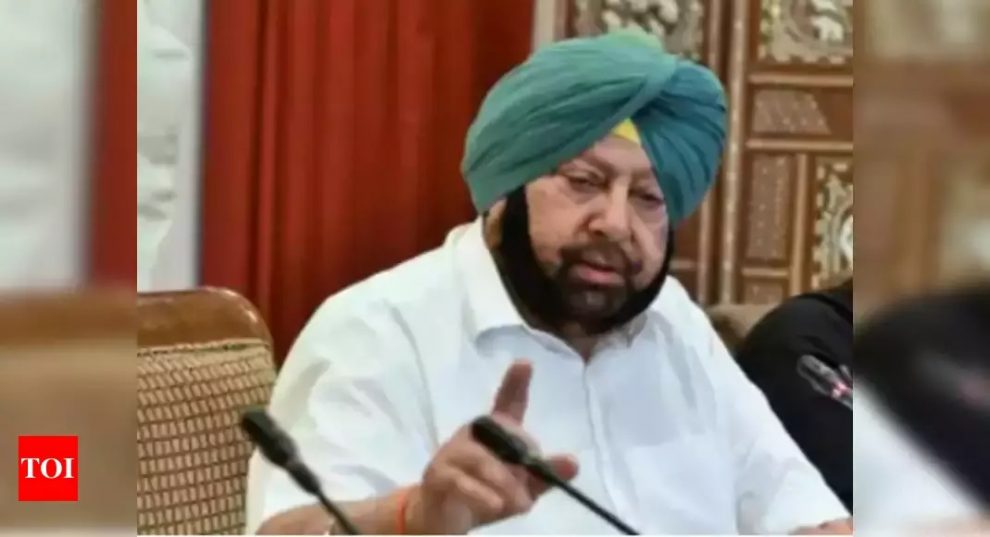 CHANDIGARH: Punjab chief minister Amarinder Singh apprised his Bihar counterpart Nitish Kumar on Tuesday of arrangements being made by his government for the welfare of migrant workers in the state.
“We are taking care of people from Bihar and other states and giving them food and ensuring daily wages to them from the industry,” Singh told Kumar.
He also asked the Bihar chief minister to assure the families of the migrant workers of their well being.
“Spoke to CM Bihar @NitishKumar ji to apprise him of arrangements being made by the state for the welfare of migrant labour from Bihar. Have asked him to assure their families that Punjab and Punjabis will fully look after them during the lockdown,” Singh tweeted.

Spoke to CM Bihar @NitishKumar ji to apprise him of arrangements being made by the State for the welfare of migrant… https://t.co/uzeKIQowC0

Singh, who is monitoring the coronavirus and curfew-related situation on a day-to-day basis, has asked police and the civil administration to ensure all steps to protect and provide for the homeless and the migrant labourers stranded in Punjab due to the nationwide lockdown, a government statement issued here said.
On Monday, he had appealed to migrant labourers in the state not to leave, assuring them that food and shelter would be provided.
On Sunday, the state government had even asked all industrial units and brick kilns to commence operations, a move to prevent an exodus of migrant labourers.
The state government has already issued an advisory to the state industry and commercial establishments, asking them not to terminate their work force or deduct wages.
Notably, a sizeable number of labourers hailing from Bihar, Uttar Pradesh, Jharkhand and other states work in Punjab’s industrial, construction and farm sectors.