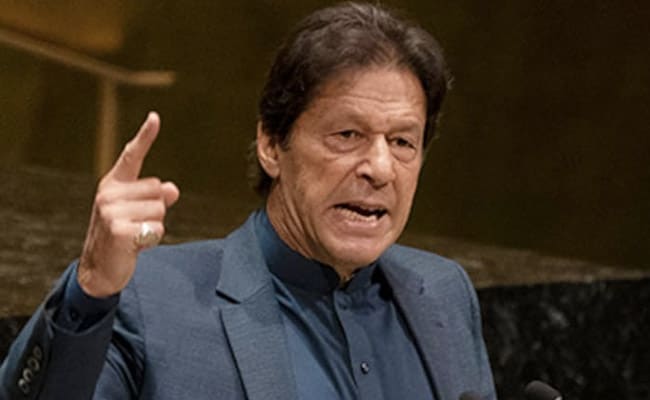 Former Pakistani Prime Minister Imran Khan on Thursday called on the country’s military establishment to “review its policies” while asserting that he preferred death instead of accepting the Shehbaz Sharif government.

This warning comes as the Pakistan Tehreek-e-Insaf (PTI) chief is embroiled in a battle with the ruling coalition, which he says came to power as a result of a US-backed conspiracy against him.

Addressing a seminar in Islamabad, the PTI chief said political stability was the prerequisite for economic development and neither could be had without free and fair elections.

“I want to ask the neutrals today, do you know where the country is heading?” Dawn newspaper quoted Khan as saying. “How can the country and economy progress when you don’t even know what will happen in the next 2-3 months,” Imran Khan asked.

The former PM, who has fallen out of favour with the Pakistan army, said the “correct decisions” needed to be taken immediately with regard to the country’s current political situation.

“No matter how many times you call yourself neutral, history will blame you for what you did with the country,” he said.

The former Pak PM warned that there was still time to “review policies”. According to Dawn, Imran said that decisions taken behind “closed doors” were not in the best interest of Pakistan.

This warning to the country’s military establishment comes a day after Imran Khan said Pakistan is “descending into a banana republic”. This comment came as the controversy surrounding the arrest of PTI leader Shahbaz Gill.

Gill was arrested by the police on August 9, after he made controversial remarks against the Pakistan army on television that were deemed as “highly hateful and seditious” by the country’s media authority.

Imran Khan’s party has alleged that Gill was tortured in police custody previously and his life remains in danger.

“Descending into a banana republic. The civilised world will be shocked at our levels of barbarism. The worst part is an easy target has been chosen to make an example of through torture and without a fair trial,” Imran Khan tweeted along with the video of Gill being taken to hospital.

“Meanwhile the likes of NS, Maryam, MFR, AZ, all of whom have in the worst possible way & repeatedly attacked State institutions through malicious and targeted statements against them, get away without even a hint of a reprimand,” he said in another tweet.

Ukraine’s Zelensky, Irked By Interpreter, Translates Own Comments
SSC GD Constable Recruitment: Order for SSC chairman to appear in court if GD constable is not recruited