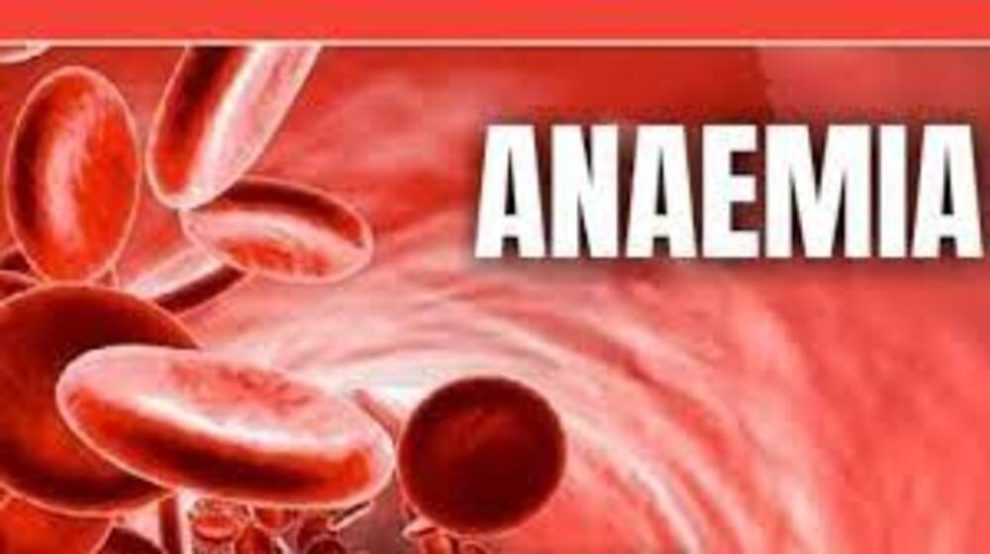 In an interview with HT Lifestyle, Dr Shrinath Kshirsagar, Consultant Haematology and Bone Marrow Transplant at Global Hospital in Mumbai’s Parel, explained, “Anaemia is a condition when there are fewer red blood cells or haemoglobin levels than normal. Among other symptoms, it can cause one to feel exhausted, cold, dizzy, irritable, and out of breath. Anaemia is frequently brought on by a diet lacking in iron, folic acid, or vitamin B12. Pregnancy, prolonged menstruation, blood problems, cancer, hereditary disorders, and viral infections are a few other factors that might cause anaemia.”

According to the fifth national family health survey 2019–21, the anaemia rate among children and adults has gotten worse, with more than half of women and children being anaemic and more than 67% of children between the ages of six months and five were found to be anaemic. The World Health Organization (WHO) defines anaemic individuals as children under five with haemoglobin levels less than 11.0 grammes per deciliter (g/dL) and women in the reproductive age range with haemoglobin levels less than 12 g/dL.

Iron deficiency anaemia is linked to poor reproductive outcomes in pregnant women, including preterm birth, low birth weight babies and diminished iron reserves for the foetus, which could affect development.”

Dr Shrinath Kshirsagar highlighted, “Failure to reduce anaemia may result in millions of women experiencing impaired health and quality of life, and may impair children’s development and learning. Anaemia is a sign of both inadequate dietary intake and overall health. A multi-level strategy that emphasises behaviour changes, communications, and questioning societal norms around women’s and girl children’s nutrition and health is required to reduce anaemia in India.”

Dr Sulaiman Ladhani, Consulting Chest Physician, MD Chest and Tuberculosis at Mumbai’s Masina Hospital, suggested, “Anaemia has been a constant problem and many studies have been conducted but the best way of tracking the problems in the country are through national family welfare health service with NFHS 5 being the most recent and family and district household survey. Universal screening for pregnant women and HMIS system for tracking children and ladies with severe anaemia, are best way of currently tracking the problem of anaemia in our country and that is what the government also following.”

He added, “To tackle this disease, the main causes of anaemia needs to be known in our country. Inadequate dietary intake of iron, defective iron absorption, increased iron requirements due to repeated pregnancy, getting married at a very young age and lactation, umbilical cord clamping, frequency of infection in children and most important – excessive physiological blood loss during menstruation are the most common causes of anaemia that we see. So the best interventions that we can provide and which the government at present has introduced is a prophylactic iron and folic acid supplementation. De‑worming is very important in young children.”

Elaborating on the tips, Dr Sulaiman Ladhani said, “Most important is behaviour change communication campaign, including delayed cord clamping in newborns. Social media can serve a very important purpose to provide education and reach out the young women in our country to make them aware about this issue. The other is testing of anaemia using digital methods and point‑of‑care treatment because it helps you detect anaemia at that point and helps in starting treatment and prevention, mandatory provision of iron and folic acid fortified foods in government funded health programs and last but not least, it is very important to address non-nutritional causes of anaemia in endemic pockets with special focus on malaria, hemoglobinopathies and fluorosis.”

Asserting that nutritional anaemia is the most common cause, he insisted that at the same time, non-nutritional causes of anaemia should also be tackled because a holistic treatment is very important. He said, “If these are properly implemented and followed up, it can help more in reducing the prevalence of anaemia and in my personal preference, I would suggest digital haemoglobin meters have lots of scopes and are widely used. Point of care, diagnostic using this digital meter, food fortification is possible and parenteral non-oral means of administration of iron for moderate to severe anaemia are key to achieve what you would call this as Anaemia Mukt Bharat with proper monitoring and proper implementation to get the desired result.”

At the national level, NFHS-5 survey conducted in year 2019 -2020 revealed that there has been an increase in the prevalence of anaemia in last few years where anaemia in children in Maharashtra was reported as 66% in urban and 70% in rural population with overall 68.9% which means seven out of ten children have anaemia. This has increased by 15% compared to 53.8% recorded in NFHS-4.

Talking about the common causes of iron deficiency anaemia, Dr Shweta Bansal, Paediatric Haematologist, Oncologist and BMT Physician at HN Reliance Hospital, said, “The deficiency in micronutrient-rich diet and diseases like diarrhoea, malaria, helminth infection, and hookworms contributes to iron deficiency. Socio-economic factors such as lower maternal education, low economic status, and demographic factors such as age and sex of a child also have an impact.”

About the effects Of anaemia, she pointed out, “Maternal poor health status has significant impact on the health, birth weight and overall wellbeing of the child. Anaemia increases morbidity, impaired growth and development, decreased physical activity, reduced immunity and has long-term effects on cognitive development, psychomotor development and school performance.”

Dr Shweta Bansal revealed about the treatment for it and said, “Fortunately, iron supplementation and deworming have been shown to treat and reverse anaemia and effectively improve cognitive performance and educational achievement. Interventions like improving awareness among parents especially mothers, giving iron rich or iron fortified diets, education about iron contents in local foods and keeping good hygiene can be cost-effective and impactful.”