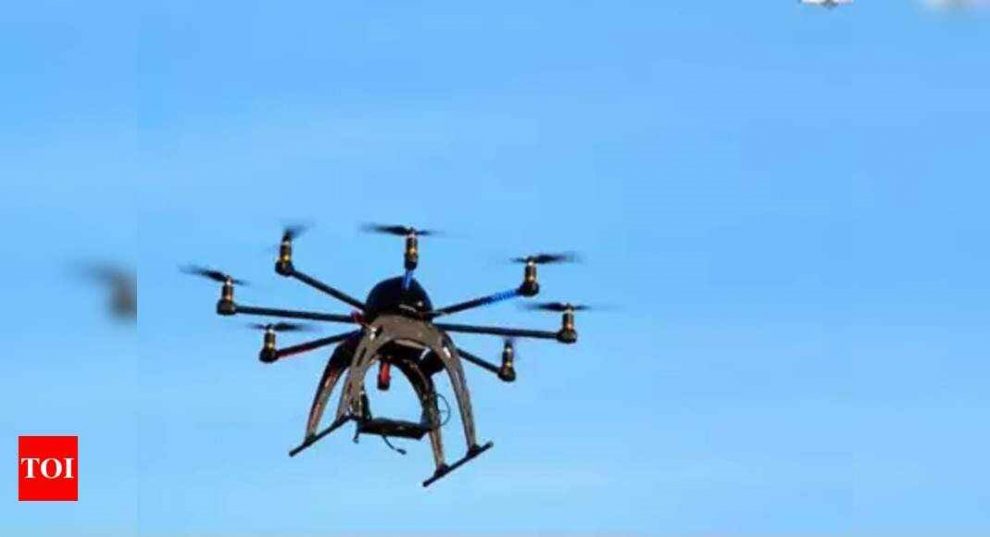 VIJAYWADA: The Andhra Pradesh Drones Corp, a subsidiary of the AP State FiberNet Ltd, is planning to set up a drone ecosystem in Anantapur district. The centerpiece of this initiative would be a laboratory for unmanned aerial vehicles, or drones, which will be set up in Anantapur district, Sumit Kumar, chairman and managing director of AP Drones Corp, said in a letter to the national and international UAV industry stakeholders.
The letter, which is in the possession of TOI, invites the UAV industry to be part of the AP government’s push to build a drone ecosystem. Anantapur district has been chosen because of its closeness to the international airport in Bengaluru, Karnataka, which is 215 km away.
Kumar’s letter had called for responses from the drone industry by March 25, but the corp had extended the deadline to April 2, Alla Raveendra Reddy, CEO of AP Drones Corp, said. The date was postponed because AP has been put under a government lockdown as part of its effort to restrict the spread of the coronavirus, Reddy told TOI on Wednesday.
The letter says that the corporation is also working on the design and development of a master plan for a drone manufacturing cluster. “The prime objective of the facility is to cater to the needs of the UAV/drone industry, including manufacturing, assembling, research, product design and development, rapid prototyping, sensors and payloads manufacturing, and battery assembling.”
The ecosystem would include plug-and-play office space, a pay-and-use lab facility, manufacturing-as-service concept, financial services, single-window clearance, a dedicated liasion with central government agencies and warehousing facilities.
In an earlier interview wtih TOI, Alla Raveendra Reddy had said that the drone sector was growing at a dizzying pace, without much regulation. An estimated 40,000 drones are reported to be in operation in India, most of them imported from China. Drone operators need to get their drones registered with the Digital Sky platform of the Directorate General of Civil Aviation (DGCA), as part of Drones 1.0 policy of 2018.
“Many people are acquiring drones for recording weddings and other events, and the Drones 1.0 policy makes it mandatory for the drone owners to get approval from the local administration and the local police department before they start operating their drones. I believe that while DGCA should still be the primary regulator for drone sector, the Drone 2.0 policy should make it mandatory for drone operators to be more closely regulated and monitored by local police departments,” Reddy has said.
AP Drones Corp, which was set up in November 2018, becoming the first state government-owned enterprise in the country to develop and regulate the drones sector, currently does work for line departments of the state government, from agriculture to mining.