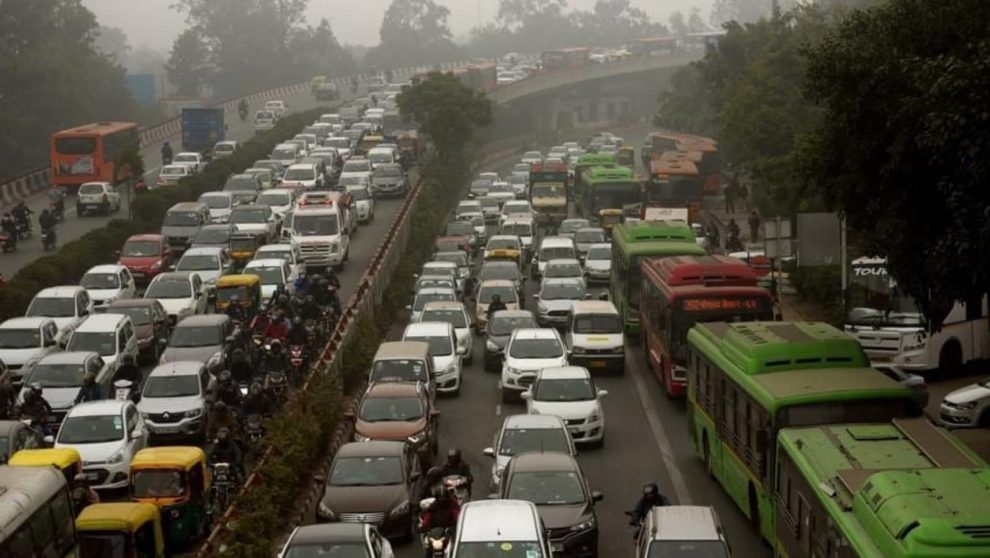 Delhi News : The traffic chaos around Ashram Chowk and the Maharani Bagh area, one of the busiest parts of the Ring Road in Delhi, will continue for at least two more months with the work on the extension of the Ashram flyover up to Delhi-Noida Direct (DND) Flyway set to miss its September deadline, officials aware of the matter said. The Public Works Department, which is executing the project, has now fixed November as the new deadline.

The project is a six-lane, 1.42-km-long flyover that is being extended from the existing Ashram overpass to DND, with ramps for traffic from Sarai Kale Khan. Once the project is complete, it is expected to help make the 9-km stretch from Moolchand flyover till Noida’s Rajnigandha Chowk signal-free. But a series of missed deadlines have ensured that the intersection has become a traffic nightmare.

The area serves two heavy traffic streams – those travelling between the city’s south and the east (and adjacent Noida), as well as those commuting on the Mathura Road between central Delhi and the outskirts of the city towards Faridabad.

The Ashram intersection, where the two streams meet, is used by 350,000 vehicles a day, according to some estimates.

The flyover extension is the second of a two-phase decongestion project: The first being an underpass at the main intersection that opened in April after missing at least seven deadlines. But traffic jams continue around Ashram Chowk since the flyover works are leading to long traffic tailbacks.

An official associated with the project said that about 77% of the civil work for the flyover construction has been completed. He added that earlier, the project was expected to be over by September but the pace slowed due to heavy traffic, which has made on-site storage of materials difficult.

“All 29 pillars and 20 of the 27 pier caps are in place. We are placing RCC (reinforced cement concrete) deck slabs and steel girders on top of these structures,” the official said. Due to high traffic volume, the PWD is finding it difficult to store streel girders and construction equipment, this person added.

S Velmurugan, chief scientist, traffic engineering and safety division, Central Road Research Institute, said the situation at Ashram intersection will only improve when the flyover extension is completed, but added that the current status of the project does not inspire any confidence about its timely completion.

“There is complete neglect for pedestrians’ safety as there is no proper site management. Agencies are least concerned as girders and construction material are stored along the road. Once the project is complete it will be a big boon for people moving between Noida and Delhi and the ones who use Delhi Meerut expressway to reach south Delhi,” he said.

Velmurugan added that ideally the DND flyover should have been linked to Ashram flyover in 2001, when DND was opened.

Commuters said the work is making the traffic worse. “The construction pace is so slow that it may not even be completed by December,” said Dinkar Mangleek, who uses the stretch.

Munassir Khan, another commuter, said vehicles coming from Sarai Kale Khan towards Ashram also get stuck for hours near Maharani Bagh and added that more traffic police personnel should be deployed.

The proposal for extension of the flyover was approved by the Delhi cabinet in November 2019 and its foundation stone was laid by chief minister Arvind Kejriwal in December 2019 but work could not start due to coronavirus lockdown. The work was awarded in June 2020.