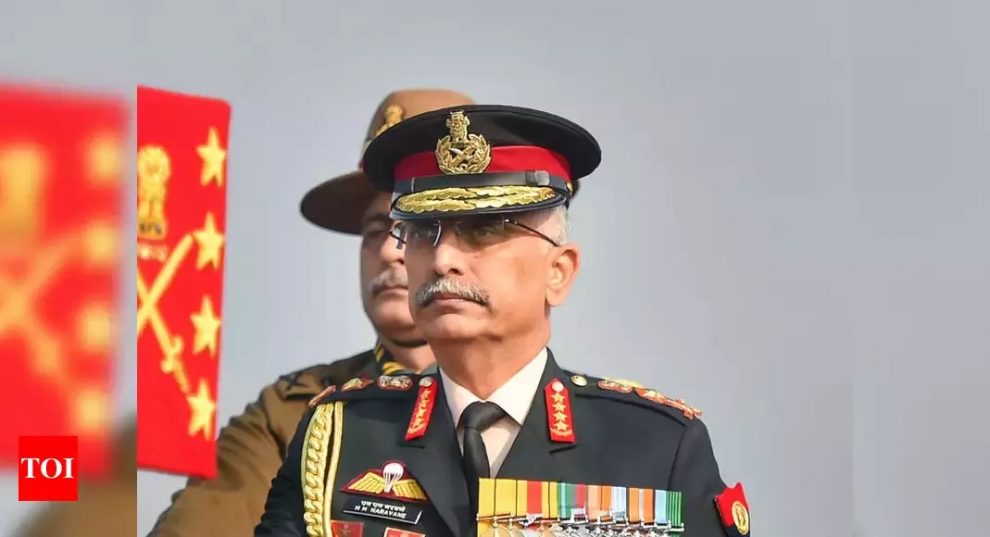 NEW DELHI: Twenty-eight military hospitals have been earmarked to manage Covid-19 cases, while another five have begun testing for the deadly virus, even as the armed forces have readied contingency plans including “quick reaction medical teams” that can be launched at a six-hour notice under the ongoing “Operation Namaste”.
“It is our duty to help the government and civil administration. Speaking in military language, I would say that at present Covid-19 is in preparatory stage of impact in India. We are making concerted efforts to prevent it from establishing a firm base,” said Army chief General M M Naravane.
“Concurrently, we are preparing for stringent counter-measures, should it manage to regain a foothold. The next few weeks will be crucial to prevent negative effects of this deadly mutant virus,” he added.
India is also ready to help countries in the neighbourhood with assistance to build up infrastructural capabilities and expert manpower in tackling the coronavirus outbreak. After providing help to Maldives, for instance, the Army is now ready to dispatch a “rapid response team” to Nepal for assistance in dealing with the situation there.
Within the country, the 28 earmarked military hospitals will manage service personnel as well as civilian patients transferred from state health authorities, in case their capacity is overwhelmed, said director-general armed forces medical services, Lt General Anup Banerji.
With civilian testing labs for Covid-19 being inadequate in the country, the armed forces have also begun to conduct the tests at AFMC in Pune, Army R&R Hospital at Delhi, Army command hospitals at Udhampur and Lucknow and IAF command hospital at Bengaluru.
“These hospitals can carry Covid test using RT-PCR (reverse transcription polymerase chain reaction). Six additional hospitals are also being equipped shortly with the resources to begin testing,” said Lt-Gen Banerji.
The armed forces are already running six quarantine facilities at Hindan, Manesar, Jaisalmer, Jodhpur, Ghatkopar and Chennai, where 1,059 civilian evacuees from countries like Italy, Iran and Malaysia are currently housed. “Of them, three have tested positive so far. Additional quarantine facilities are on standby with 950 beds capacity,” said an officer.
The armed forces, meanwhile, are maintaining their high state of operational readiness along the borders with China and Pakistan. “It is the responsibility of Indian Army to keep the borders safe while the country is preparing and fighting Covid-19. The Army is undertaking its operational tasks like before and there is no effect on operational preparedness. There are contingency plans in place and spread of Covid-19 will not affect the Army’s core efficiency,” said Gen Naravane.

Doctor dies, surgeon-son ‘infected’
15 lakh who flew back to India between Jan 18-Mar 23 under lens