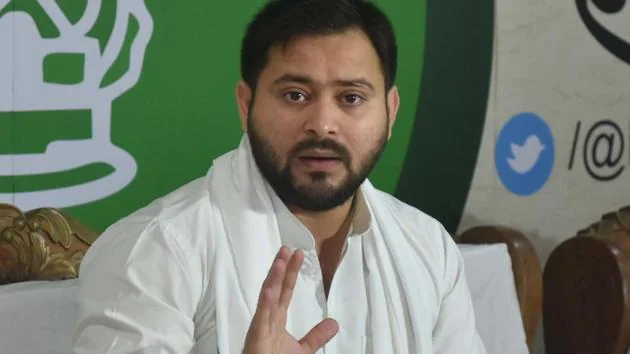 Repeatedly reminded of his promise of delivering 10 lakh jobs if he came to power in the 2020 Bihar elections, Deputy Chief Minister Tejashwi Yadav on Saturday posted a clip of him answering the question with a shot at the BJP.

“It is a success that instead of Hindu-Muslim topics, you are asking us about employment. I thank you, the people who were sleeping and never asked about jobs, that media is also awake now. Isn’t this a success?” he said.

“The BJP never fulfils its promise. We will fulfil our promises. And these questions that you are asking impishly that ‘when will you give 10 lakhs’, hasn’t the Chief Minister spoken about this in front of you today?” Mr Yadav said.

But do ask them (BJP) what happened to the 2 crore [jobs that PM Narendra Modi promised each year in 2014]. And they were in power for almost two years, did BJP give even 19 of the 19 lakh jobs they promised?” he added.Asked about Mr Yadav’s promise of 10 lakh jobs, the Chief Minister had said on Friday, “We will definitely try to fulfil that promise to the best of our ability”.

The new alliance of Mr Kumar’s Janata Dal (United) and Mr Yadav’s Rashtriya Janata Dal (RJD) took over the government in Bihar this week after the 71-year-old Chief Minister ditched the BJP for the second time in nine years.

Besides the subject of jobs, Nitish Kumar has fielded prickly questions about his repeated switching of sides – first dumping the BJP in 2013 for a partnership with the Congress and RJD, then going back to the BJP in 2017 and another U-turn nowThe new government is expected to announce its line-up of ministers on Tuesday, sources said.