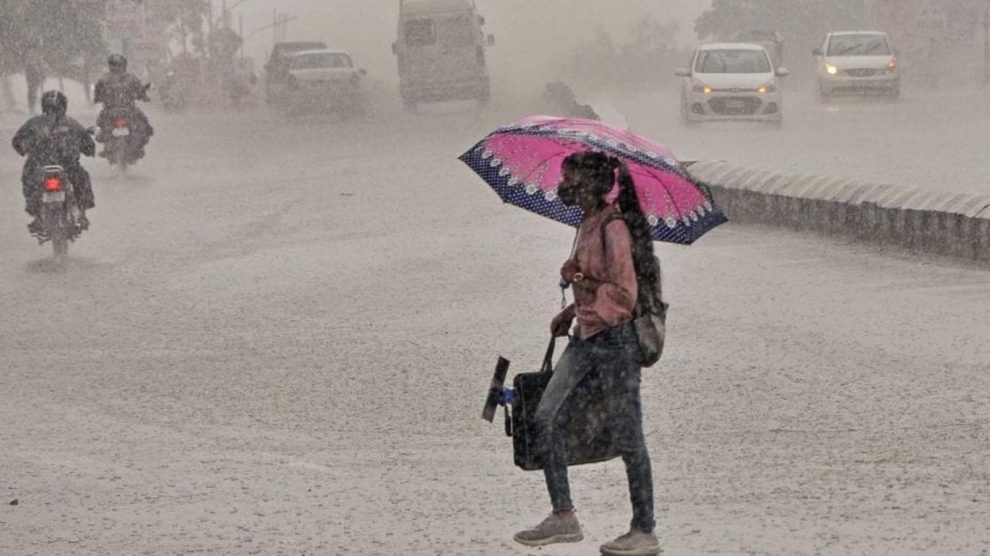 Delhi News : After bountiful rain in July, when the Safdarjung weather station recorded an excess of around 37% precipitation from the monthly normal, August is turning out to be inordinately dry in Delhi this year.

The month in which the city generally receives the most rainfall — average 247.7mm — Delhi so far has only recorded only 27.1 mm of rainfall till August 18. This translates to a deficit of about 89% from the monthly normal mark though there are still 13 days to go in the month.

The India Meteorological Department (IMD), however, predicts that Delhi is only likely to see isolated spells of rain in some areas of the city until August 24, and officials say it is unlikely that the deficit will be covered by August 31 even if it rains heavily in the last week of the month.

Mahesh Palawat, vice president at the private weather forecaster Skymet, said this August has been unusual, with the monsoon trough remaining over central India for almost the entire duration, leading to Delhi and other parts of northern India receiving only light rain and drizzle activity.

“Normally, in July or August, the monsoon trough shifts towards central India for a period of 8-10 days, but it has spent around 15 days this month in central India. At the start of the month, the trough was near the foothills but it quickly passed Delhi and moved southwards, leaving Delhi devoid of enough moisture for strong rains,” said Palawat. While July saw similar activity in the first half of the month, the monsoon trough was near Delhi for the second half, and that bridged the deficit, he added.

IMD’s seven-day forecast, issued on Thursday, showed no significant rain spells expected in Delhi until at least August 24, while Skymet said the next spell of rain was expected around August 26 and 27. “This is unlikely to bring enough rain which will see Delhi reach anywhere close to the monthly normal mark of 247.7mm,” Patawat said.

RK Jenamani, scientist at IMD, said the monsoon trough was not the only factor behind a relatively dry August.

“There are three key factors involved. The first is clearly the monsoon trough and its distance from Delhi has been significant, meaning not enough moisture reached Delhi. Second, we have not seen any low-pressure area or western disturbance near Delhi. And third, there has been no interaction of a western disturbance and the easterly winds currently coming towards Delhi. Any of these weather systems could have brought some rain, but so far Delhi has only seen limited spells of very light to light rainfall,” he said.

The Safdarjung weather station did not record any rainfall in the last 24 hours, with Delhi’s maximum and minimum temperature settling at 35.3 degrees Celsius and 24.6 degrees respectively. While the maximum was about 1 degree above normal, the minimum was 2 notches below normal.