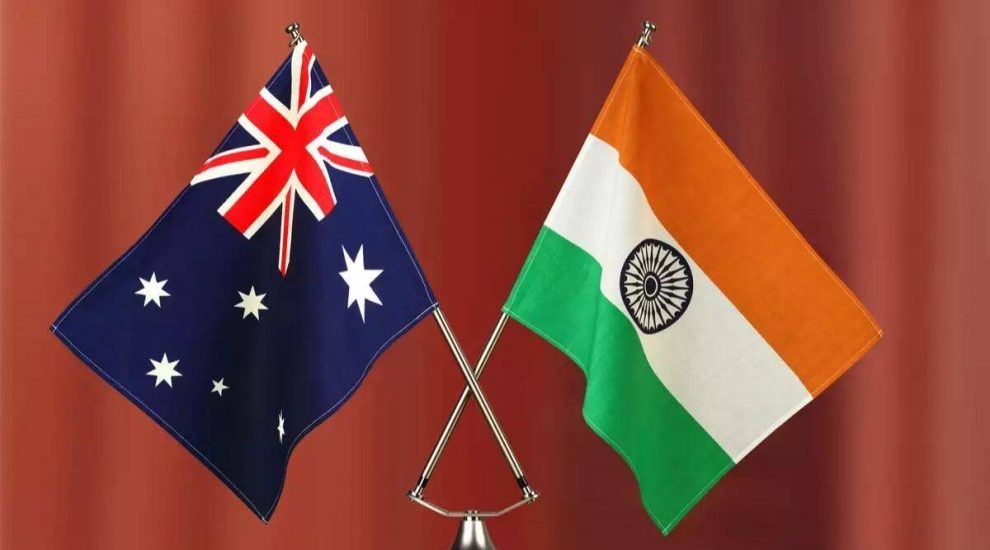 For Australia, ECTA is perceived as crucial for the country to diversify its exports from China to India, the world’s fastest growing major economy, at a time when relations between Canberra and Beijing continue to be rocky.Australia’s Parliament on Tuesday ratified an interim trade deal with India, which is expected to boost exports of Indian products ranging from textiles to pharmaceuticals, and gems and jewellery.

The Economic Cooperation and Trade Agreement (ECTA), signed by the two countries in April, was passed by Australia’s House of Representatives on Monday and the Senate cleared it on Tuesday. ECTA is set to enter into force 30 days after it is ratified by India’s Parliament.
Australian Prime Minister Anthony Albanese said new trade agreements with India and the United Kingdom will strengthen existing trade and economic relationships. “These new agreements will create new opportunities for trade diversification and great outcomes for Australian business and Australian families,” he said.
The passage of legislation demonstrates Australia’s commitment to free trade and the rules-based trading system, and is an acknowledgement of the “centrality of trade to our economic resilience”, Albanese said.
The Australian Parliament also ratified a free trade deal with the UK. For Australia, ECTA is perceived as crucial for the country to diversify its exports from China to India, the world’s fastest growing major economy, at a time when relations between Canberra and Beijing continue to be rocky.
India is Australia’s ninth largest trading partner, and the balance of trade is in favour of Australia. In 2021, two-way trade in goods and services was worth $27.5 billion, with India’s exports valued at $10.5 billion and imports at $17 billion.
Australia keen to begin talks with India on trade in digital services: Tim Watts
India’s merchandise exports to Australia grew 135% between 2019 and 2021. The main exports to Australia are refined petroleum, pharmaceutical products, pearls and gems, jewellery, made-up textile articles and women’s clothing, while India’s major imports were coal, copper ores and concentrates, natural gas, ferrous and non-ferrous waste and scrap, and education-related services.
The Albanese government expeditiously advanced all processes necessary to ensure Australia was in a position to implement the trade agreements with India and the UK before the end of 2022, an Australian statement said.
Australia’s trade minister Don Farrell, who worked closely with his Indian counterpart Piyush Goyal to push for the finalisation of ECTA, said closer economic ties with India are a “critical component of the Australian government’s trade diversification strategy”.
“The quality of ECTA, in terms of market access and opportunity for Australian businesses, demonstrates India’s commitment to our bilateral economic partnership,” he said. Australia will “continue working closely with the UK and Indian governments to implement the trade agreements as soon as possible”.
The implementing legislation for ECTA passed both houses of Australia’s Parliament without dissent, Australian high commissioner Barry O’Farrell noted, adding that India’s youthful population, economic demand and growth trajectory present “unparalleled opportunities” for Australian goods exporters and service suppliers.
India has the fastest growing economy of Australia’s major trading partners and this is “another step forward on the path towards our mutual, sustained prosperity”, O’Farrell said.
“ECTA presents exciting opportunities for Australian and Indian businesses alike, paving the way for improved market access for businesses on both sides of the Indian Ocean. I am now looking forward to the second innings: negotiation of a full comprehensive economic cooperation agreement,” O’Farrell added.
(Except for the headline, this story has not been edited by GOVT.in staff and is published from a syndicated feed.)