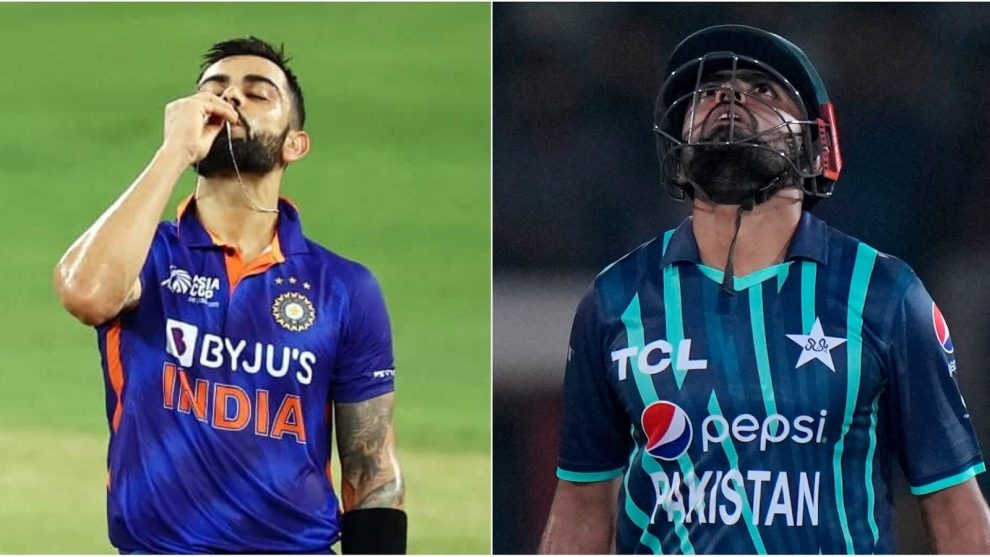 After a quiet Asia Cup, Pakistan captain Babar Azam found lost mojo on Thursday as he hammered 110 not out for his second T20I hundred against England in Karachi. Babar, who managed just 68 runs in six matches in the recently-concluded Asia Cup, hit five sixes and 11 fours off 66 deliveries, and put on an unbeaten 203-run partnership with Mohammad Rizwan, who scored undefeated 88. The pair completed a chase of 200 in 19.3 overs at a packed National Stadium, driving Pakistan to a memorable 10-wicket victory and levelling the seven-match series at 1-1.

Babar’s hundred came off 62 balls, adding to his 122 against South Africa at Centurion last year. His unconquered stand with Rizwan was the duo’s seventh century stand together in T20I cricket. It was Pakistan’s second 10-wicket win in the format following their first against India, which came in last year’s World T20 in Dubai.

Former Pakistan captain Salman Butt lavished praise on Babar and pointed out how he did not need much support unlike Virat Kohli, whose slump in form was a hot topic of discussion. The former India skipper ended his much-talked-about dry run with the bat, as he notched up two successive half-centuries and then an unbeaten 122 off 61 balls, finishing among the top run-scorers of the recent Asia Cup with 276 runs in five games.

“Inko (Babar) ko itna back karney ki zarurat hi nahi padi. Yeh toh do saal se runs hi runs kar rahe hain. Hum toh Kohli ka bhi yehi keh rahe hai do saal se jab saare keh rahe the ke unhe bahar kar do. Jo bade players hotey hai, it’s just a matter of time. Jab 70 centuries tak bad form nai aai, toh fir ab aa gai toh kya ho gaya? (Babar didn’t need that much support as he was scoring plenty of runs for the past couple of years. I said the same thing about Kohli while everyone said ‘Drop him from the Indian team’. It’s just a matter of time before these big players bounce back. Someone like Kohli who has scored about 70 centuries would not be worried by a dip in form)” said Butt on his YouTube channel.

Kohli hit two half-centuries against Hong Kong and then Pakistan, albeit in a losing cause, but his ton versus Afghanistan silenced critics who questioned his place in the shortest format.

The knock was a testament to his batting prowess and his 71st three-figure score put him alongside great Ricky Ponting on the list of most centuries. Sachin Tendulkar is still way ahead with 100 international tons to his name.

Babar also added a feather to his hat with his T20I ton on Thursday. He eclipsed Kohli to become the second fastest batter to smash 8,000 runs in the shortest format of the game. Babar achieved the special feat in 218 innings while Kohli had reached the milestone in 243 innings.

Babar and Kohli are still behind legendary West Indies opener Chris Gayle, who is the quickest batter to 8000 runs in the history of the 20-over format. He had amassed 8,000 runs in just 213 innings.