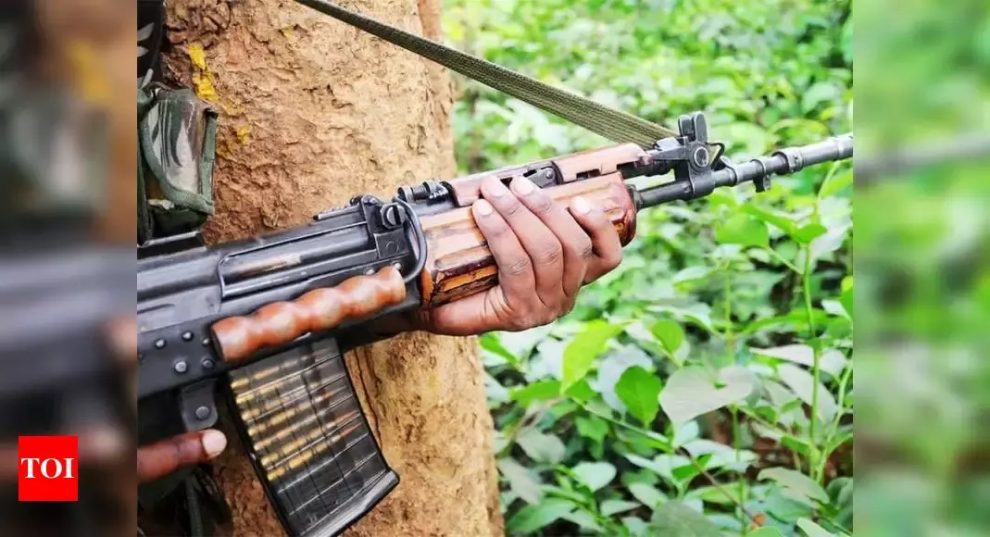 RAIPUR: In one of the worst incidents of Maoist violence in the last two years, 17 security personnel were killed, 15 injured and 16 weapons were taken away by the Naxalites after Saturday night’s deadly ambush in the forests of Sukma district in Bastar region of Chhattisgarh.
“17 bodies of security personnel belonging to Special Task Force (STF) and District Reserve Guards have been recovered “, Director general of police Durgesh Madhav Awaasthi told TOI on Sunday afternoon.
He said 15 security personnel, who were injured in the deadly ambush, have already been hospitalised while Maoist rebels have looted 16 weapons from the security forces after the ambush.
While the attack took place on late Saturday evening, security reinforcements could reach the ambush site only this afternoon due to inclement weather. Besides, they had to take extra precautions in view of the possibility that Maoists could unleash a fresh attack on the security personnel trying to retrieve the bodies from the encounter spot.
The encounter took place in the dense forests closer to Minpa and Kasalpad, where Maoists had laid an ambush and opened indiscriminate fire upon the security personnel. The forces retaliated to the gunfire, leading to an encounter that continued for about five hours.

TMC asks its MPs to withdraw from Parliament
After local kirana stores, shoppers flock to online delivery services, but items out of stock, orders delayed