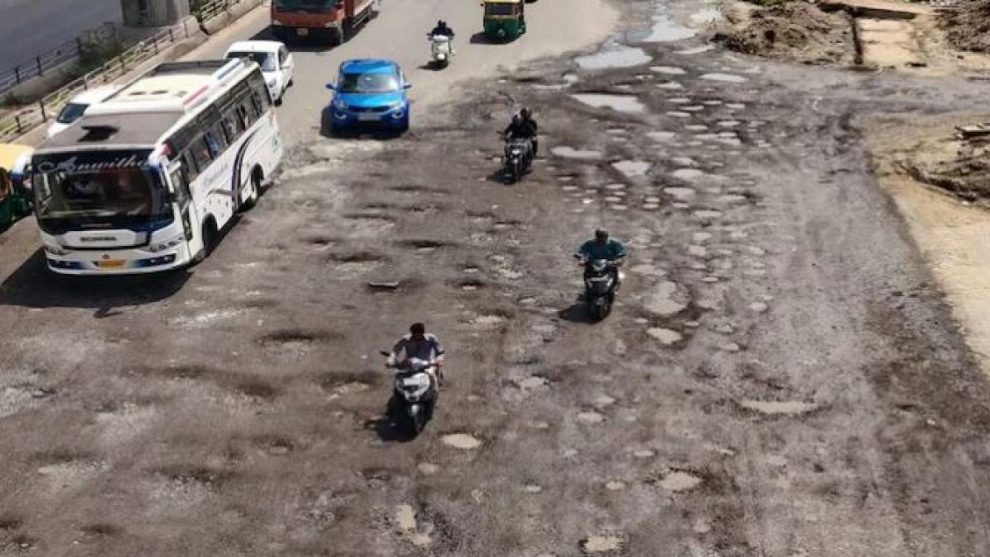 After backlash from the public and courts regarding potholes, the Bruhat Bengaluru Mahanagara Palike (BBMP), the city’s civic body, has come up with a new technology called ‘Rapid Roads’ to lay new roads.

The BBMP, which used to do white topping and blacktopping roads, is now doing rapid roads. Blocks like tiles are being brought and fixed by a machine. Half a kilometre of the road is being laid within an hour.
This comes after the BBMP’s laying of roads resulted in potholes. Thereafter, the civic body came up with the idea of laying concrete white topping roads using cement. White-topped roads used to take more time to construct, resulting in traffic jams. The curing of the cement also used to take more time.

The speciality of “Rapid Roads” is that cement blocks are made in different places. These blocks are 5 feet long and 20 feet wide and will be fixed on the roads. The 200-metre roads in the city can be built within a day and vehicle movement is allowed without any hassle within 24 hours of laying those roads.

According to the BBMP, they will be using CSR funds for the construction of these rapid roads. There is no change in the price of these new roads and the cost of constructing these rapid roads will remain the same. The only difference is that it will save more time and avoid traffic congestion.

So far, the BBMP has not revealed any information about the cost per km. According to BBMP sources, Rs 17 crore has been spent on constructing one km of road. The tenders to construct these roads have been awarded to Ultra Tech and Innovation Park.