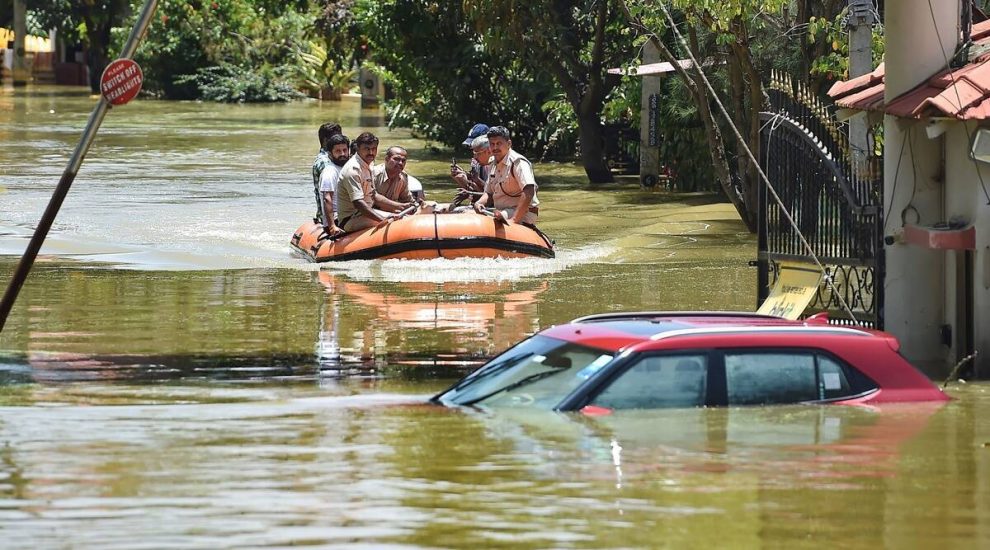 Bengaluru and coastal districts of Karnataka are likely to see more rains in the coming days with the IMD issuing orange and yellow alerts for some areas till Thursday.

Rain is not likely to let up in the southern state of Karnataka, particularly in coastal districts and the state’s capital Bengaluru city, which is grappling with severe waterlogging in some areas.

According to the Karnataka State Natural Disaster Monitoring Centre (KSNDMC), widespread, very light to moderate rains with isolated, heavy to very heavy rains are likely across the state, while thunderstorms with lightning are also likely at isolated places over the state.

Within Bruhat Bengaluru Mahanagara Palike (BBMP) limits, the KSNDMC forecasted widespread moderate rains with isolated heavy rains associated with thunderstorms, with maximum and minimum temperatures likely to be around 30 and 20 degrees Celsius, respectively.

In Malnad region, Kodagu, Hassan, Chikkamagaluru and Shivamogga districts are likely to see widespread light to moderate rains with isolated to scattered heavy to very heavy rains, with the same over coastal districts of Dakshina Kannada, Uttara Kannada and Udupi districts.

Students and Employees Go Back Home
India’s best-known IT firms and start-ups in the Silicon Valley of the country have asked their employees to shift back to working from home amid torrential rains battering the city, news agency PTI reported.

Meanwhile, a report by The News Minute said schools in Bengaluru are set to remain closed on Wednesday with water levels yet to go down in many waterlogged and inundated regions.

Twitter Is Flooded Too
Netizens continued to flood Twitter with pictures and videos of the impact from the unprecedented amount of rain received by the city, with Vivek Sinha, the Chief Operating Officer at edtech firm Unacademy, saying, “Scene from my patio. The next car I buy in Bengaluru is going to be a Mahindra Thar.”

Many however rushed to clarify that the entire city was not under water.

However, BWSSB engineers have ‘dewatered’ the station, dried the equipment – pumps and motors – and restarted them to work at full capacity, effectively restoring water supply to the affected areas in the city. “From today morning 6:30 AM all the pumps are operating in T K Halli to the full capacity,” the BESSB chairman updated on Twitter.