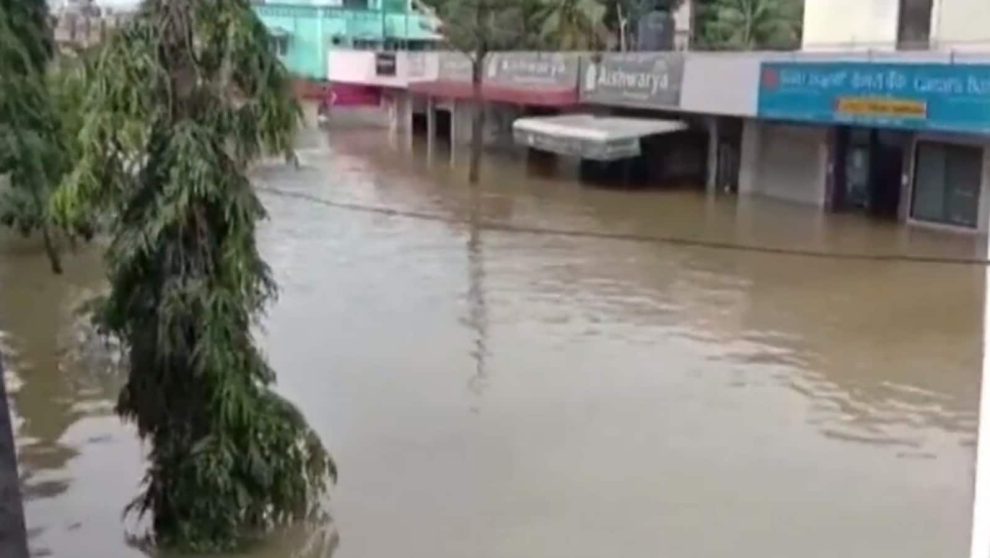 Heavy rain continued to lash Bengaluru Monday, leading to floods and traffic jams in several areas in the eastern parts of the city. Daily life was severely impacted with commuters taking around five hours to get to work, in some cases. Monday morning’s weather report indicated a record 131.6 mm of rainfall over the previous 24 hours. The city’s Kempegowda International Airport received over 100 mm of rain in the same period. That made Sunday the wettest day this month since 2014, when the city registered 132.3 mm in a 24 hour-period.

Rainfall distribution across the state was fairly widespread Monday; the top three were DK Halli in Mandya district (188 mm), Tavarekere in Bengaluru (urban) (175 mm) and Bachenahatti in Ramanagara district (164.5 mm), according to data from the Karnataka State Natural Disaster Monitoring Centre (KSNDMC).

In Bengaluru, areas like Koramangala and parts of the Marathahalli-Silk Board road grappled with floods even on Tuesday morning. News agency ANI reported that many employees of IT companies had to use tractors to reach their offices in the Yemalur area of Bengaluru.

“We can’t take so many leaves from the office, our work is getting affected. We’re awaiting tractors to drop us for ₹50,” a commuter told the agency.

Karnataka chief minister Basavaraj Bommai will visit the TK Halli unit of the Bengaluru Water Board in Mandya, which manages drinking water supply for the city, ANI said.

The unit was flooded after heavy rain and around 50 areas in the city are likely to see interruption in drinking water supply today and tomorrow.

More rains are set to come, according to weather forecasts. Thunderstorms with lightning are likely at isolated places over the state, the KSNDMC said, while the met department predicts very heavy rains to continue over the southern state in the coming days.

Netizens flooded Twitter with pictures and videos of the city after impact from the heavy downpour, while some came to its defence.