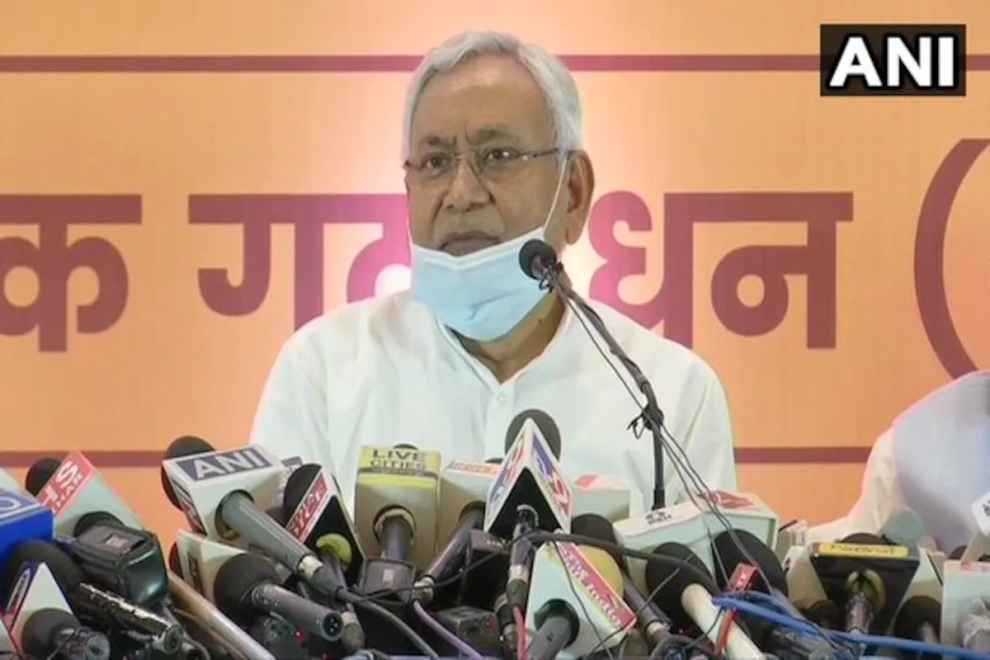 Bihar Chief Minister Nitish Kumar on Friday denied the claims of him harbouring the ambition to become the prime ministerial candidate for the Lok Sabha elections 2024. He said that he had “no such thoughts” as he was working to see that all the Opposition parties work together.

“I say this with folded hands, I have no such thoughts…My work is to work for everyone. I will make an effort to see that all the Opposition parties work together. If they do, it will be good..,” Nitish Kumar said when asked if he is being seen as a PM face.He also stated, “Those who will accuse me of something and speak nonsense will get some benefit in their party. If those who were completely ignored by their party are speaking against me it is good that they speak so that they get something.This comes after former JD(U) leader RCP Singh, once a close aide of Kumar had said that the Bihar Chief Minister will never become the prime minister, even if he takes seven births.

Nitish Kumar also responded to the BJP’s attacks over Z+ security cover for Deputy CM Tejashwi Yadav saying, “Why should they object to it? He is the Deputy CM. Why should he not get it? They speak nonsense, it is all useless.”When asked about his role in Opposition unity at the national level, Bihar CM Nitish Kumar stated that he would want to unite everyone, “I am doing positive work. I am receiving a lot of phone calls, I am doing everything. I will do everything but first I will do my work here.

On Tejashwi Yadav’s promise of providing 10 lakh jobs, the Bihar Chief Minister said: “It is right. We are making efforts and we will try our best…What he has said is right. All efforts will be made for it.”

Earlier, CM Nitish on Thursday refuted Sushil Modi’s assertion that the rupture between the BJP and the JD(U) was caused because he was not named as NDA’s vice presidential candidate.

Speaking with reporters, Nitish Kumar said, “What a joke! It’s bogus. I had no such desire. Did they forget how strongly our party backed their candidates for president and vice president elections?”In a jibe at BJP leader Sushil Modi, CM Nitish added, “Let them talk against me so that they get a position again.

Nitish Kumar made up his mind to quit NDA after call with Sonia Gandhi
No GST On Residential Premises If Rented For Personal Use: Government