Bill to regulate use, trade and manufacture of pesticides tabled in Rajya Sabha - Govt.in - Telling the truth- always! 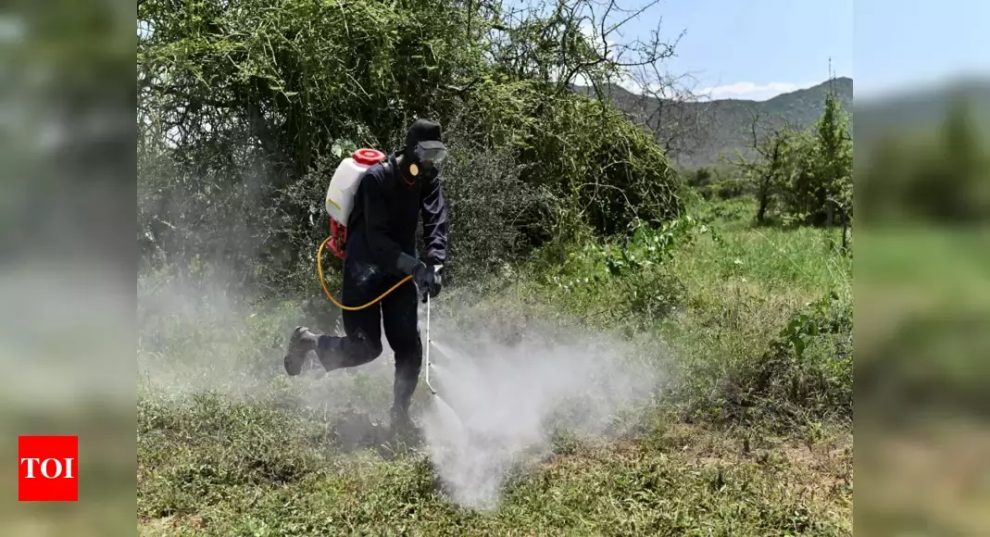 NEW DELHI: Amid concerns over use of poor quality of agro-chemicals in the country, the government in Rajya Sabha on Monday introduced the Pesticide Management Bill, 2020 which seeks to regulate use, trade and manufacture of hazardous farm inputs in a better way with an ultimate goal to reduce risk of such chemicals on human health, animals, soil, water bodies and environment.
The proposed legislation has provisions of stringent punishment for sale/trade or manufacture of spurious and banned pesticides/insecticides or for violation of any other concerned rules.
Besides, the Bill – introduced in the Upper House by Union agriculture minister Narendra Singh Tomar – has a unique provision of compensation to farmers under the Consumer Protection Act, 1986 from a manufacturer or distributor or stockist if there is any loss or injury because of the spurious or low quality of pesticides.
Offences under the Bill have been categorised with provisions of punishment which includes penalties of up to Rs 50 lakh or imprisonment up to 5 years or both for use of such agro-chemicals which may cause grievous hurt or death. The penalties collected from the companies/violators will take care of the compensation provisions under the new law.
“Stricter penalties are required for safeguarding the interest of farmers, which is jeopardised by the rampant availability of the pesticides which are of dubious and deceptive identity, composition and source,” said the government in a statement of ‘objects and reasons’ of the Bill.
The proposed legislation also has provisions to promote pesticides that are “biological and based on traditional knowledge”. Besides, the Bill aims to encourage “indigenous manufacturing”.
Currently, use or trade or manufacture of pesticides is being regulated under the Insecticides Act, 1968. The Pesticides Management Bill, 2020 also seeks to repeal the 1968 Act which is more than 50 years old and its provisions are inadequate to meet the multi-dimensional management of pesticides in present times when many agro-chemical compositions are still in use in the country despite its ban or severe restriction in one or the other country in the world. Even India is currently manufacturing for export of two pesticides which are banned for use in the country.
“It is also important to align India’s obligations with various international forums,” said the statement of the Bill.
The proposed legislation has provisions to regulate pesticides, including their manufacture, import, packaging, labelling, pricing, storage, advertisement, sale, transport, distribution, use and disposal in order to ensure availability of safe and effective agro-chemicals to farmers.
The new law, once enacted, will empower the central and state governments to accredit private laboratories to carry out any or all functions of a Pesticide Testing Laboratory in compliance of prescribed standards.
It is believed that the 1968 Act has failed to provide an effective regulatory mechanism and therefore the country had to witness a number of deaths due to the use of spurious pesticides over the years. Many farmers had lost their lives due pesticide poisoning in Yavatmal and other districts of Maharashtra in 2017, triggering the debate to urgently have some new law with stringent provisions to regulate its use.

A TOI initiative to help keep you and the nation safe

Rahul Gandhi To Visit Amethi On Wednesday- Why’s the buzz? Find out