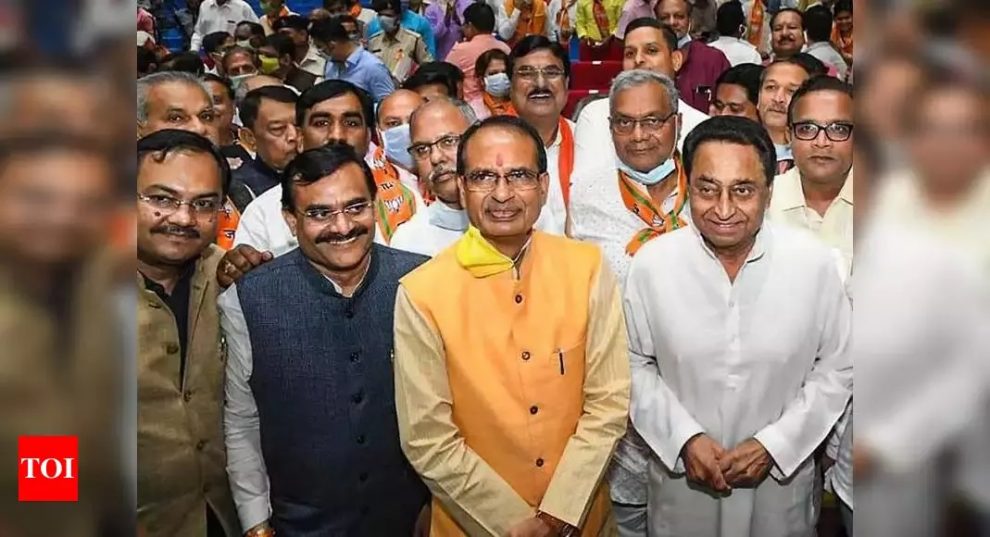 BHOPAL: In a hurriedly called special session of the state assembly, Shivraj Singh Chouhan-led BJP on Tuesday proved its majority through a confidence motion which was passed unanimously on the floor of the House. Congress MLAs remained absent from the House. The BJP has 107 MLAs and secured a total of 112 votes. Total strength of the House after resignation of 22 Jyotiraditya Scindia followers and deaths of two sitting MLAs is 206. Simple majority, in the House, stands at 204.
BJP secured the support of five members from the BSP, SP and independents who were alliance in the Kamal Nath government that fell on Friday. Because of Corona spread precautions, it was not clear who of the total seven BSP-SP-Independents was present in the House and voted for the BJP. Congress opposition entirely kept from the state assembly session and the voting. Not a single MLA of the Congress party was present in the House. Speaking to reporters on Tuesday morning, former minister PC Sharma said, “Today, Congress MLAs will not go to the House. We will attend the House only on the 26th.”
However, soon after the Confidence Motion was passed in the House, assembly was adjourned till March 27 owing to Corona fear. Chief minister

of office around 9 pm on Monday and at midnight the new government called a four-day special session from Tuesday to Friday. BJP MLAs were issued a whip and they attended sporting masks. Since former Speaker NP Prajapati tendered his resignation on Monday night, the BJP got the senior-most MLA from Malhargarh seat and former minister Jagdish Deora on the chair.
BJP former minister for legislative affairs Narottam Mishra said, “We did not appoint a protem Speaker. But went for the senior-most MLA in the House.”
The confidence motion was proposed in the House by chief minister Shivraj Singh Chouhan and passed unanimously by all present in the House. After assembly was adjourned till March 27, Narottam Mishra said that the supplementary budget which was to be presented in the House will now be take up only on March 27. Meanwhile, Election Commission of India has postponed Rajya Sabha elections which was scheduled for March 26. Eighteen seats from seven states including three from Madhya Pradesh were to go for polling which now stands suspended till further notice.