BMC, district collector slug it out over worn down Hotel Jal - Govt.in - Telling the truth- always! 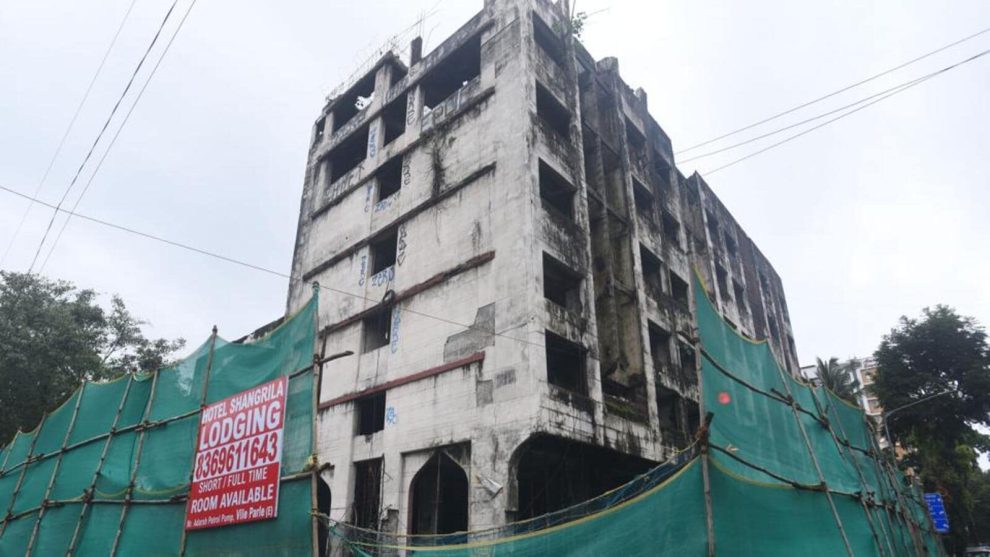 Mumbai News :The Brihanmumbai Municipal Corporation (BMC) and suburban district collector’s office are caught in a tussle over the demolition of 45-year-old Hotel Jal – a dilapidated building today, on the junction of Western Express Highway (WEH) in Vile Parle (east).

Officials from BMC were poised to pull down the hotel on July 27 as it falls under C1 dangerous category, when the suburban deputy collector stalled their plan, issuing a notice to the civic body. The notice stated that since Hotel Jal was mired in litigation and an auctioned property, BMC would have to compensate for the losses incurred on probable damages to the structure.

Meanwhile, Hotel Avion, which stands adjacent to Hotel Jal, has borne the brunt of the exercise (BMC carried out demolition work on a common wall between the two hotels on the first floor on July 27, which affected Hotel Avion’s tiles), incurring losses to the tune of ₹15 lakh, as guests are choosing to leave the hotel.

Umesh Birari, suburban deputy collector, underscored this concern in his letter to BMC, after Hotel Avion conveyed it to the collector’s office.

“The two buildings share a wall, slab and pillars with beams. Both the buildings were built at the same time, and damage to one is impacting the other. Also, Hotel Jal was auctioned and the matter was in the city civil court. Now, Hotel Avion has moved Bombay high court and filed a criminal appeal. BMC proceeded with the demolition even though the matter is sub judice,” said Birari. He further added that on April 24 and June 30, BMC had intimated his office about the dilapidated condition of Hotel Jal, following which on July 19 an auditor was appointed to conduct a structural audit. However, before the report could be submitted the civic body went ahead with the demolition without seeking permission from the civil court or the high court. “In case of any financial compensation or other losses, BMC will be held responsible,” said Birari in his notice to the BMC.

A senior civic official said that the notice was issued, observing the poor condition of the building, which could have caused accidents. “Before we started the demolition the suburban collector was intimated by Hotel Avion about its precarious condition. They wrote to us stating that as Hotel Jal was auctioned property and under the collector’s control, any financial losses to them should be borne by BMC. We were demolishing it because it is a life-threatening structure,” said the official.

The BMC further said that it took one year for the suburban collector’s office to appoint an auditor for Hotel Jal. “They are responsible for the delay, and now placing the blame on us. They want BMC to be held responsible for financial losses. Who will take responsibility for the loss of life? At least 25 people will die if the building collapses on the road as it stands on a busy thoroughfare. We have written to them stating BMC should not be held responsible for any mishaps,” he said.

Derick D’Souza, general manager, Hotel Avion, which shares a common wall with the neighbouring hotel on its terrace on the first floor, said, “We were not against the demolition. Hotel Jal should be demolished as it was not maintained for the last 25 years and wasn’t operational.”

Hotel Avion, a four-storey building opposite Mumbai Domestic Airport, had a structural audit done along with Hotel Jal from the BMC panel. However, the moment BMC started demolition, guests from Hotel Avion exited due to disturbance from vibrators and road breakers.

“Our guests from the banquet hall vanished and we had to spend more that ₹3lakh in refunds. We are losing out on guests from the eastern side of the hotel. It has impacted on our business by 70 per cent. We cannot hold banquets anymore,” said D’Souza.

“BMC also started work early in the day without sending us, the traffic department or the collector a caution notice. Had we known, we would not have allocated rooms to guests,” he added. Hotel Avion has subsequently made a criminal appeal in Bombay high court against Hotel Jal and BMC soon after the demolition work began. “Now they are bringing gas cutters and trying to remove the RCC structures. I had to visit the police station today as it is in contempt of court,” said D’Souza.