Bommai: Siddaramaiah has to learn responsibility of being Leader of Opposition - Govt.in - Telling the truth- always! 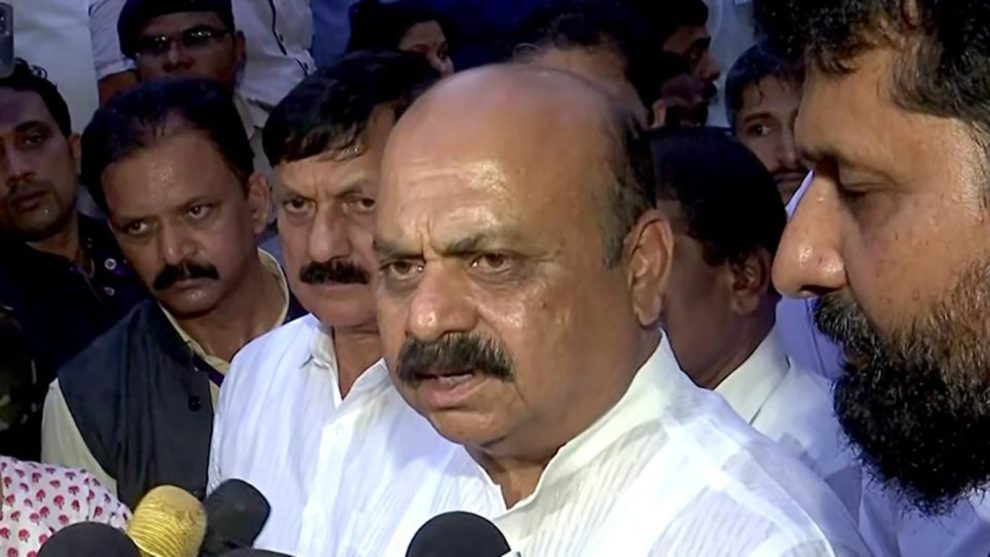 Bengaluru News : Karnataka CM Bommai and Congress leader Siddaramaiah were seen having a back and forth in a political spat after the clashes in Shivamogga district following the poster row, with Bommai reminding the former CM what his responsibility is as a leader of opposition.

Karnataka CM Basavaraj Bommai on Friday said difference of opinion should not be countered with physical action, after Siddaramaiah warned that BJP workers will be “taught a lesson” once Congress comes back to power.

Karnataka chief minister Basavaraj Bommai and leader of opposition Siddaramaiah engaged in a back and forth on social media after recent controversies surrounding the row over posters of Savarkar and Tipu Sultan in Shivamogga district.

Former CM and Congress stalwart Siddaramaiah on Thursday faced the ire of BJP workers after this remark – “Why did they put Savarakar’s photo in a Muslim area’ – while he was in Kodagu to survey the extent of rain damage.

BJP workers held protests and chanted slogans – ‘Go back Siddaramaiah’ – and displayed a black flag; there was an egg thrown at his car.

The ex-CM then warned the ruling party, saying Congress will ‘teach them a lesson’ after they come back to power in next year’s assembly election.

He also accused the BJP of hiring people to protest against him.

Taking the fight to Twitter, Siddaramaiah posted a lengthy thread starting with, “Chief Minister BS Bommai… don’t start egg-throwing hooligan politics. We also know how to end it. If our workers are on the streets like you, it may be difficult for you to even leave your home. Is this your UP model?”

Siddaramaiah earlier also said Savarakar was neither a freedom fighter nor a patriot, “If you love VD Savarkar, write a book about him, organise programs and answer allegations levelled against him. Why are you using his photo as a weapon to create communal riots? This is my question.”

Meanwhile, Mysuru-Kodagu MP Pratap Simha jumped in to voice his support for Savarkar, saying he was the first one to call the Sepoy Mutiny as the First War of Independence. “Savarkar was imprisoned for 27 years, Nehru spent nine in jail,” he declared. He also added that Nehru was kept at a ‘British Bungalow’, while Savarkar was in the Cellular Jail in the Andamans.