Brains Explained: Vibration all the Way Down - Govt.in - Telling the truth- always! 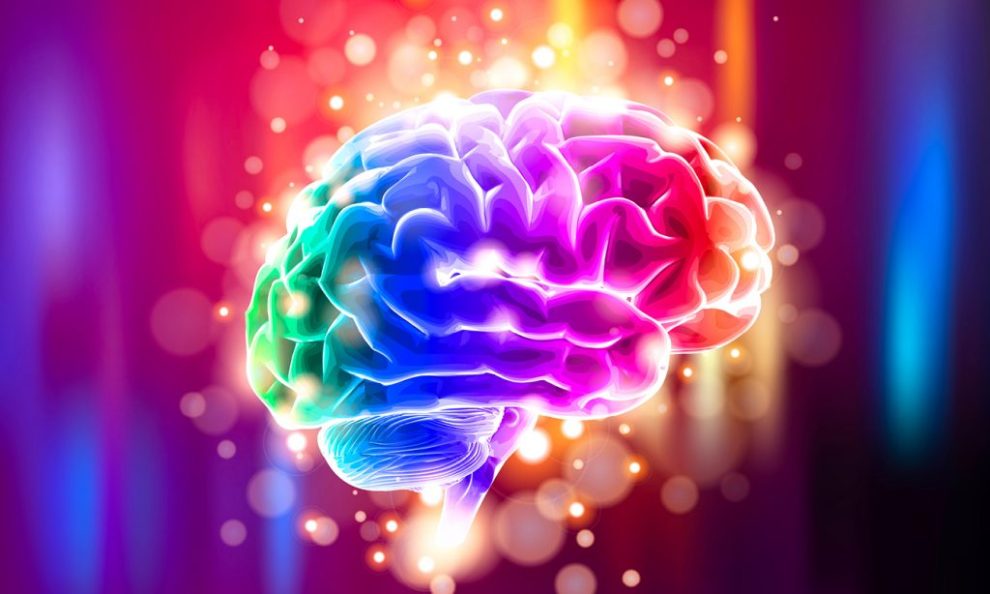 There is a story with the infamous ending “Turtles all the way down,” which means two opposite things. Once you understand the deeper meaning, you’ll understand your most important biorhythms, and how to tune them up.

Mostly the story mocks simple-minded people. A thousand years ago an unnamed guru said the world is supported on a turtle, but couldn’t say what the turtle rested on.  A hundred years ago a little old lady, believing the Earth to be flat, made the same claim to scientist William James:Fair enough.  Infinite stacks of turtles, or infinite stacks of any real objects don’t fit well in finite space.  So the lady’s version of what holds up Earth lacks support, and thus falls flat.

But other infinite stacks work fine.  In computer science, for example, the concept of infinite regress shows up in iterative approximations, or when a program invokes itself (recursion).  In geometry, some patterns contain smaller copies of themselves, patterns inside patterns (fractals). In those cases, the phrase “all the way down” represents nested multiscale interactions, among the most elegant structures possible. That’s the kind of simplicity scientists love, because it lets one theory cover everything. Let’s call it a multi-scale theory. So simple it defies logic.

Coherent vibrations explain bodies so well you don’t need anything else. Human bodies absolutely rattle with vibrations, from circadian rhythms down to myofascial ultrasound. Vibration all the way down.

The Vibrational Bandwidth Stack –Take this very moment, as you read this sentence. While the paper (or screen) is fixed in space, your eye must move in order to see its subtle shapes of bright and dark.  Muscles swing and vibrate the eye to release showers of fresh data, using all kinds of movements, ultra-fast atop slow. A few big lurches per second (called saccades) re-aim your eyeball toward interesting spots, like corners or edges, spots which promise refinement of your brain’s blurry hunches by zooming in.

Moving your eyes semi-intentionally is the normal process of looking. But being made of jelly, the eyeball also wiggles after each yank, adding subtle quick back-and-forth motions (micro-saccades) dancing around the region of interest.  Within the micro-saccades are even tinier and faster wiggles that only the eyeball itself can sense.

Same for hearing. The brain sends boosting signals to the ear, using its predictions to anticipate arriving sound.  Especially to locate a sudden scary sound like a twig-snap, a task honed by millionths of a second.  The brain doesn’t just predict sound into the ears, but into sensitive skin all over the body. When sound impacts you, the waves go everywhere. Ideally you hear sound not just with your ears but with your face, your neck, your chest, your gut and back.  Ideally, your physical experience is unified enough that “sound” and “feeling” merge, no telling the senses apart. Hearing and mechanical sense shouldn’t be separate, in fact their nerve inputs overlap enormously.

Hearing and seeing are external senses, not as important as awareness of one’s own internal configuration. Every animal must feel its body to live. The internal sense (interoception) is built from mechanical vibrations in bones and muscles, vibrations which constitute the information field of the body.

What do those vibrations look like?  We can build our way down from the big slow obvious ones, into the realms of invisible and inaudible. Any muscular motion is fair game, even if it doesn’t repeat. Here goes:

Breathing takes a few seconds per breath.  Waving at a friend takes a second or two per wave. Heartbeats and walking clock in at one to a few (beats/strides) per second, as does shaking someone’s hand. Those muscle motions happen faster than the “biorhythms” medicine usually talks about (like circadian rhythms and menstrual rhythms), but are slow by data-flow standards. Most motions slow enough to see use big external muscles like the bulging “heads” of biceps or quadriceps.

Smaller, faster motions deep inside you are easier to miss. They originate from muscles close to the spine like the multifidus and psoas.  But they carry much more information. Aiming a laser pointer at a wall reveals body tremor wiggling ten or twenty times per second (Hz). A basso profundo might sing a low note severalfold higher, say 50 Hz, and a soprano a high note ringing fifty times faster at 1000 Hz, with harmonics even higher adding to vocal texture (children can squeak even higher than that). Singing proves humans can vibrate at least that fast.

The threshold of consciousness –But this is where consciousness fails. Frequencies higher than 10-20,000 Hz are beyond human hearing (technically ultrasound), so it’s easy to think our bodies can’t make or use such information. But as engineers know, higher frequencies carry more information, ad infinitum. In fact inside human bodies, ultrasound carries so much information, merely keeping track of it would tie our brains in knots.  Ultrasound is unconscious on purpose, for maximum throughput and bandwidth.

In fact, it’s a law of Nature (pointed out by physics Nobelist Richard Feynman in 1959) that the tiniest things store the densest information. Claude Shannon showed that fast-changing things carry the most bandwidth. In other words, the tighter the resolution in space and time of any signal, the more data it can carry.  So vibrations in a body aren’t created equal, not at all. Information is mostly carried by the smallest, faintest, fastest ones, which sustain and drive the others. That is, they form a carrier wave of interoception and control.

To find the central carrier-wave, we ought to look for precise timing signatures and low-amplitude motions. What are the tiniest, fastest signals in a body?  Which vibrations carry the most information? Let’s look as tiny as we can, at the quantum scale.

The quantum of muscular motion is molecular, as actin and myosin filaments slide past each other, consuming energy to tug a tiny bit.  Every whole muscle is made of thousands of such fibers which fire in concert. A single filament’s length is one millionth of a meter, that is one millionth of the hand-wave at our friend. The filament’s motion endures about one billionth of a second, almost a million-fold faster than anything humans can hear.  Yet because our muscles are made of those nanoscopic fibers, in aggregate those molecular tugs create everything we feel and do.

The principle of aggregating muscle pulses is like ocean surf, but backwards.  When a wave crashes in the surf, a big, single, heaving thing turns into millions of tiny hissing droplets.  Big breaks up into small, all by itself, which is all that can ever happen without adding energy. But life can add energy, so it can run that process backwards, amplifying little things into big ones.

Take a tight flock of seabirds, flapping as they skim the waves. Their vocal cries synchronize their nervous systems tighter than milliseconds, and their eyes see the flapping of each other’s wings almost as precisely. So all the time, each bird can see and hear exactly how her fellows flap, and can arrange her wing-flaps right in line, dead center. Meaning her brain can amplify the tiny, subtle correlations of collective resonance, then add her own energy to sharpen up the central peak. In this arrangement each bird takes in only tiny signals, but by timing magic makes the whole flock heave as one. Turning small and fast to big and slow is the opposite of surf.

So tiny muscle firings, synchronized and lined up just so, produce gross motions in our bodies, just like single flapping birds produce a flowing flock.  How could the brain resolve its timing sharp enough to make that work?  By recycling the “wasted” information from those same muscle firings.