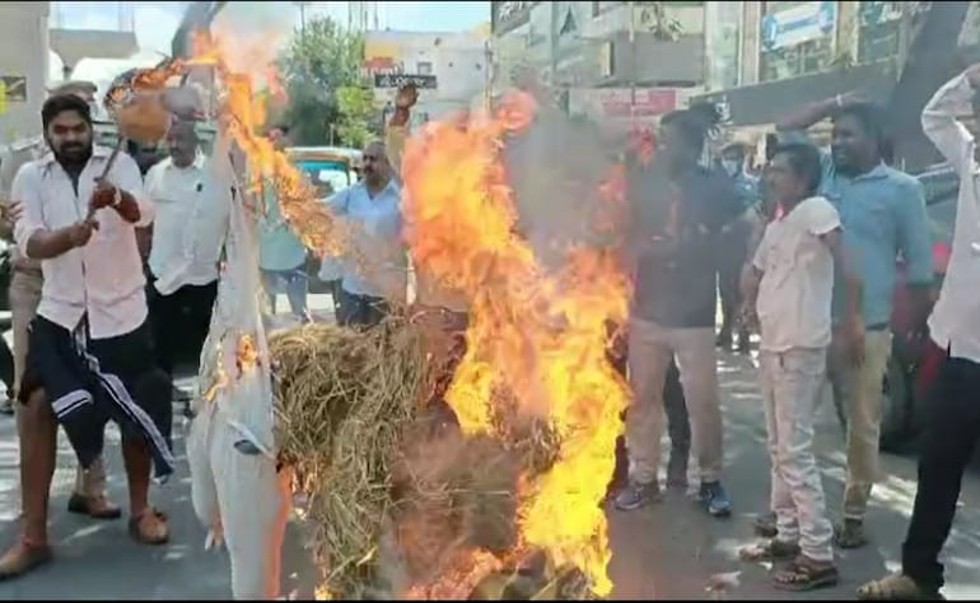 Bharatiya Janata Party (BJP) cadres took out a protest in Coimbatore’s Peelamedu on Wednesday over the arrest of district president Utharmaramasamy and burnt effigies of Dravida Munnetra Kazhagam (DMK) leader A Raja.

The protesters burnt effigies of A Raja and also raised slogans against the DMK government and also condemned the arrest of the BJP district president. A large number of BJP cadres from Coimbatore held a protest near Peelamedu police station and a tussle had broken out between the police and BJP cadres.

The police later moved away after the BJP cadres raised questions about how the police were carrying the people.

Maharashtra: Man kills mother after being scolded over affair with relative
Manish Sisodia to visit Sabarmati Ashram to participate in ‘Parivartan Yatra’ in Gujarat