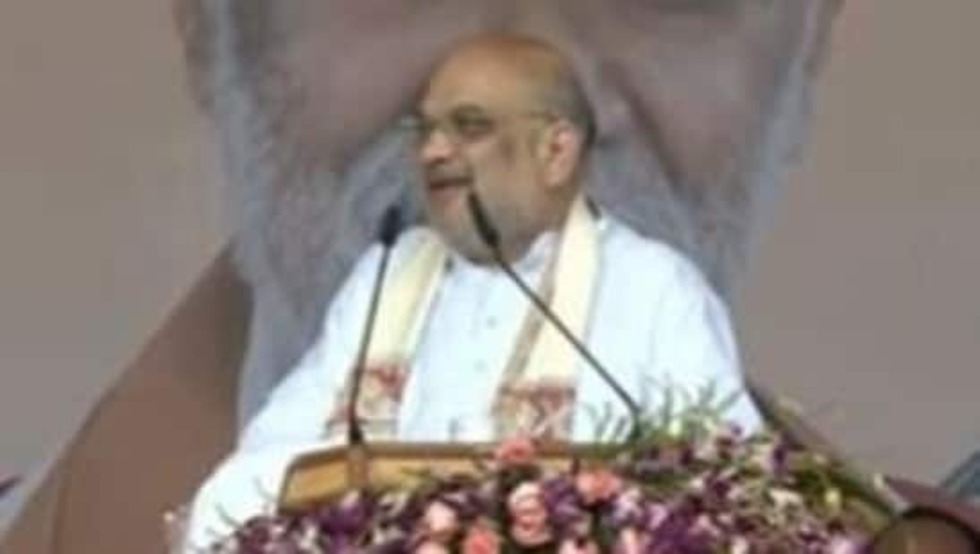 Nitish Kumar has deceived people by switching sides after voters had chosen the BJP-JD(U) combine in the state elections, union home minister Amit Shah said on Friday at his first rally in Bihar after the JD(U)-BJP break-up. Nitish Kumar recently returned to the Grand Alliance after parting ways with the BJP.

“The huge crowd here is a warning for Nitish Kumar and Lalu Yadav,” Shah said, addressing the rally. Sharpening the attack, he further said: “The threat of Jungle Raj is back in Bihar ever since sides were switched. I want to tell people – this Nitish-Lalu duo has now got exposed. Within three years of rule, under PM Modi’s leadership, the BJP had helped in getting rid of terror from the Leftist groups,” Shah said. “Can Nitish Kumar become PM by switching sides?” Amit Shah asked.

Amid attempts by the opposition to put up a strong front against the BJP ahead of the 2024 national elections, Nitish Kumar has repeatedly said he is not considering to be a part of the race for the prime minister’s post. The union minister landed at the Chunapur Air force station in Purnia at around 11am on Friday from where he went to the Rangbhoomi ground to address the ‘Jansabha Rally’.

After addressing the Jan Bhawna rally, Shah is set to leave for Kishanganj where at 4pm, he will hold discussions with all 17 Lok Sabha members (including four union ministers) of the party from Bihar, five Rajya Sabha members, all 77 MLAs, 23 MLCs and organisational office-bearers on the current political scenario in the state, HT had reported earlier.