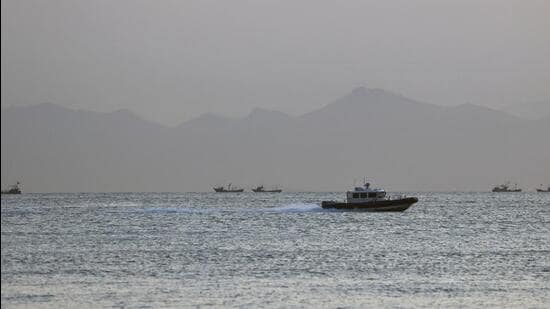 The planned visit, if it happens, will follow a high-profile visit to the self-governed island by US Speaker of the House of Representatives Nancy Pelosi in August, which sparked a furious response from Beijing

A large Canadian parliamentary committee delegation is planning to visit the Chinese-claimed island of Taiwan in October, local media reported on Wednesday, a development that could further worsen relations between Ottawa and Beijing.

The planned visit, if it happens, will follow a high-profile visit to the self-governed island by US Speaker of the House of Representatives Nancy Pelosi in August, which sparked a furious response from Beijing and led to it launching its largest military drills around the island.

Eight members of Canada’s House of Commons standing committee on international trade are expected to travel to Taiwan, including many who are members of the Canada-Taiwan Friendship Group in the parliament, Canadian media reported.

The House standing committee is chaired by Judy Sgro, a member of Prime Minister Justin Trudeau’s ruling Liberal Party. Sgro said the committee “is very anxious to go and to visit Taiwan and see what opportunities there are for deeper trade relations between our two countries,” a CBC News report said.

“I’m trying to be diplomatic in my comments, but clearly I’m proud that Canada is standing up to China as well. And I think that pushback is very important,” she added.

Three of the 12 member of the committee are Canadians of Indian-origin: Chandra Arya, Anju Dhillon and Arif Virani. However, it is not known whether any of them will participate in the trip, though Virani has also supported the causes of the Tibetan diaspora in Canada. Beijing sent troops into Tibet in 1950 and a year later declared its “peaceful liberation”, according to AFP.

Tension between China and Canada deepened after Canada in 2018 detained an executive of Chinese telecoms giant Huawei on a US warrant linked to a suspected breach of US sanctions on Iran.

China, which said the accusation was fabricated, subsequently arrested two Canadians on spying charges. Canada dismissed the accusations against the two.

The diplomatic standoff ended when all three were released in September 2021.

The news about the visit follows Monday’s announcement by Canada’s ministry of national defence that two warships, that recently participated in a multilateral exercise, will continue their deployment in the Indo-Pacific, with HMCS Vancouver proceeding to north east Asia and HMCS Winnipeg to south east Asia.

“They will also sail in the international waters of the East and South China Seas, both independently and as part of cooperative deployments with allied and partner nations,” a statement said.

“Canada is a Pacific nation and believes deeply in the importance of the Indo-Pacific region to global stability and prosperity,” minister of national defence Anita Anand said.

General Wayne Eyre, chief of the defence staff, added, “The deployment of Canadian Armed Forces frigates and surveillance aircraft to the region is a visible display of our continued commitment toward protecting regional security and maintaining a free, open, and inclusive Indo-Pacific.”