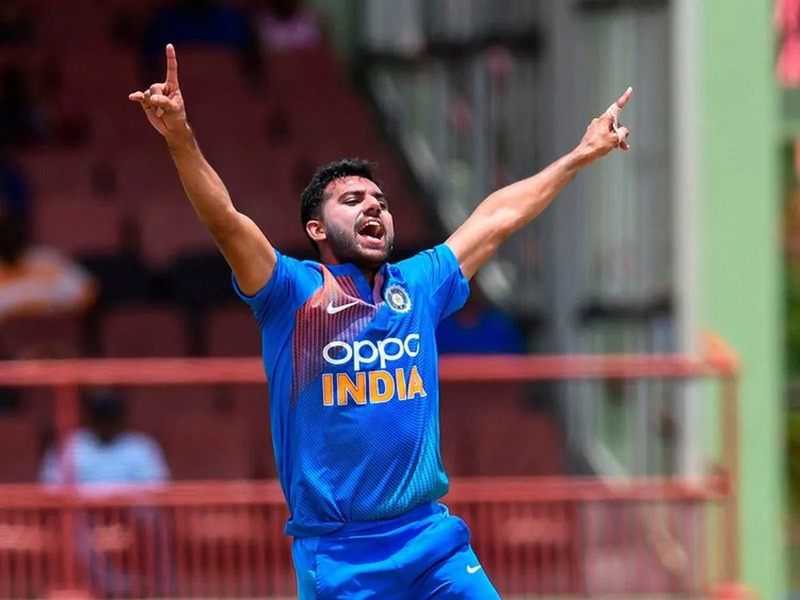 Former India cricketers Saba Karim and Maninder Singh were perplexed not to see Deepak Chahar in India’s XI for the second ODI against Zimbabwe in Harare. India’s stand-in captain KL Rahul, at the toss, said Chahar is “missing out” and Shardul Thakur will replace him in the playing XI. Rahul, who won the toss on Saturday and again decided to bowl first, did not specify the reasons for Chahar’s unavailability but it does appear that he might have had a niggle once again. Otherwise, there really is little logic in dropping or resting a player who made a comeback to the side after six and a half months and produced a Player of the Match performance.

Former India wicketkeeper-batter and selector Saba Karim found the decision ‘difficult to understand.’ “Difficult to understand that actually. Unless it is on the advice of the support staff to manage the workload and keep him fresh, to make sure there’s not much pressure on his body. It is difficult for a fast bowler to come back from an injury and play regular matches,” he said on Sony Sports.

Karim was also not impressed with Sharudul Thakur replacing Chahar. He said Avesh Khan would have been a better choice as the lanky pacer is also a part of the Asia Cup squad and this would have been ideal match practice for him.

“…But more importantly, I was expecting Avesh Khan to replace Deepak Chahar and not Shardul Thakur. Avesh Khan is in your Asia Cup squad so it would have been ideal for him to get more game time. More so if you are looking to draft him in the ODI setup. The selectors have so far been looking at him more as a T20I option,” he added.

“Shardul tries really hard to go for wickets all the time and that is the reason why his economy rate is high. He hasn’t been able to replicate his domestic performances consistently at the international level. But the selectors have faith him. I agree with Saba, I think Avesh Khan would have been a better choice,” he said.

Chahar had picked up 3 for 27 in the first ODI to help India bowl Zimbabwe out for 189 which was chased down in 30.5 overs thanks to an unbroken 192-run opening stand between Shikhar Dhawan and Shubman Gill.

‘Didn’t wake up thinking I’d be doing a press meet so early’: SAa captain Elgar takes another dig at England’s batting
‘Team management has marked him as a player who can play all 3 formats’: Saba Karim’s bold prediction for 2023 World Cup