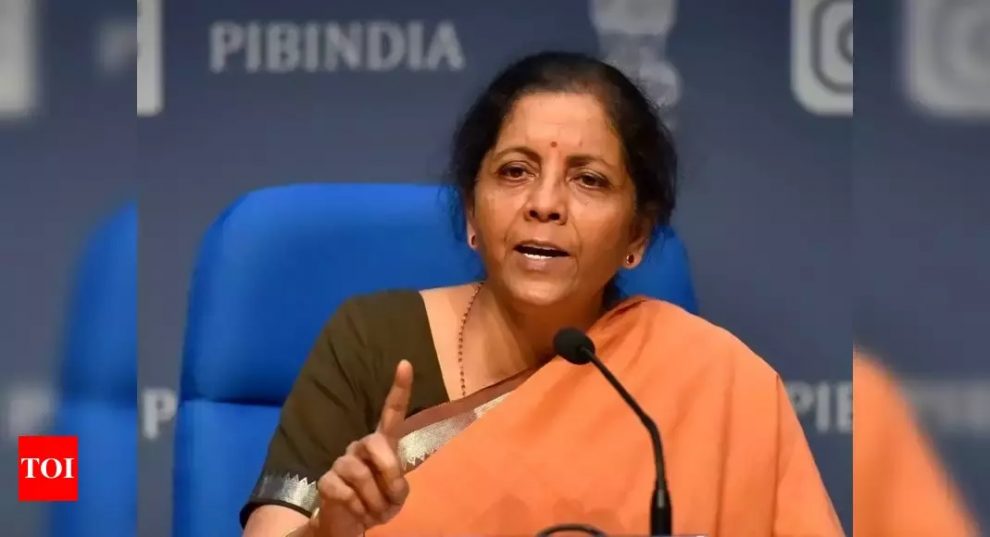 NEW DELHI: The government on Thursday announced a Rs 1.7 lakh crore package focused on emergency cash transfers into bank accounts of the poor, along with providing free foodgrains, pulses and cooking gas for three months in a bid to cushion them from the impact of the coronavirus lockdown and economic disruption caused by the disease.
Announcing the relief measures, finance minister Nirmala Sitharaman, however, did not touch on loan concessions or support for the corporate sector and middle class, saying other concerns would be “considered separately”. It is expected that more measures aimed at helping business could be on the anvil. Two days ago, an extension in compliance deadlines relating to GST and income tax filings had been announced.
The elements of Thursday’s announcement, such as free grains, is a departure from the government’s usual stand against handouts but is seen as a response to an unprecedented crisis caused by the Covid-19 spread on the Indian and global economy and the displacement caused by the ongoing 21-day national lock down. “We have first tried to reach the poorest of the poor so that they don’t have to worry about how to feed their families,” the minister said, adding that as things develop the government will come back with more steps.
With most elements of the package in place for three months, the government seems to expect that the coronavirus crisis will stabilise by end-June. Recognising the contribution of medical professionals in the current crisis, there will be a special insurance scheme for doctors, nurses, other health workers, safai staff and Asha workers dealing with coronavirus cases with a Rs 50 lakh cover in case they meet with an accident.
Earlier, the government limited the first exercise to easing compliance burden for individuals and companies, while waiving some of the fees that banks charge. The current package adds up to around 0.76% of the GDP estimate for the next financial year.

Bihar teen abducted on bike tries to escape, crushed by truck behind them

Two India’s — one at home doing yoga, other fighting for survival: Kapil Sibal