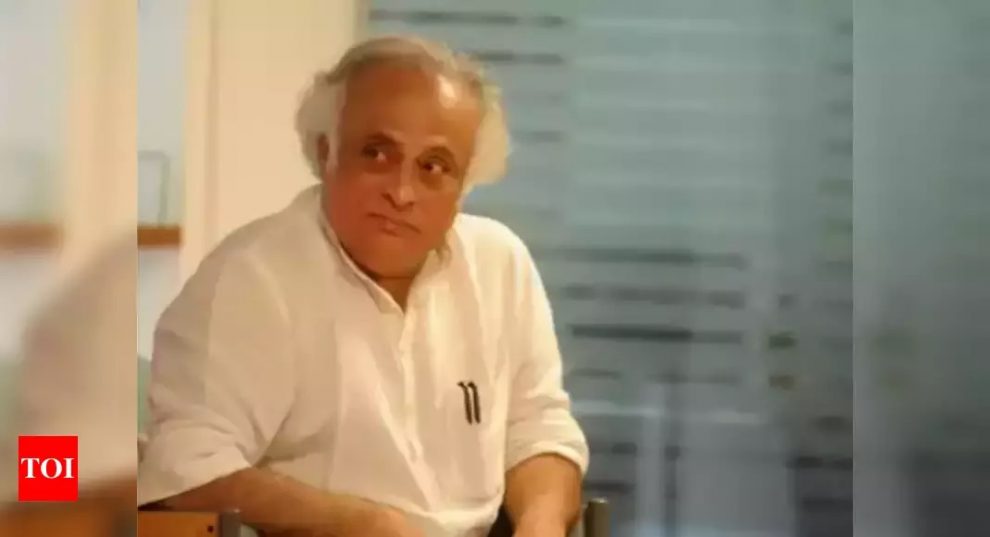 NEW DELHI: Senior Congress leader Jairam Ramesh on Friday called for indefinitely putting on hold the government’s ambitious Central Vista project, saying the thousands of crores of rupees that will be spent on it could be used for more pressing issues.
He said it is “obscene” that the government is going ahead with the project even now, referring to the country’s efforts to contain the spread of coronavirus.
Ramesh’s comments come in the backdrop of the Centre approving the land use change for execution of the Central Vista redevelopment project in Lutyens’ Delhi last week.
“It is not just insensitive, but obscene to be thinking of the New Central Vista project now. It should be put on hold indefinitely. There are more pressing uses for the thousands of crores that will be spent to satisfy one man’s ego,” the Congress leader said in a tweet.
He also shared a news report claiming that the project is likely to be delayed by a few weeks due to a nationwide lockdown to contain the spread of Covid-19.
Over the past few days, several opposition leaders have criticised the government for notifying the land use change for the project.
The redevelopment project of Central Vista – the nation’s power corridor – envisages a triangular Parliament building next to the existing one, common Central Secretariat and revamping of the 3-km-long Rajpath – from Rashtrapati Bhavan to India Gate.
The new Parliament House building will come up on a 9.5-acre land near the existing building. Earlier, the plot was meant for development of a district park.

How Bengaluru’s Sadashivanagar got its name: Karnad Sadashiva Rao

H D Kumaraswamy Had To Leave- What Game Is BJP Playing