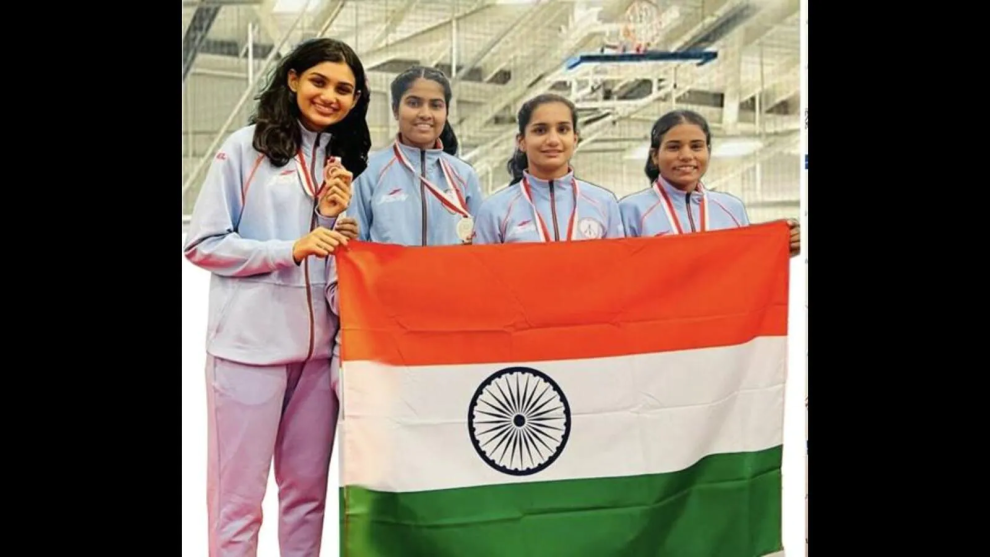 India defeated New Zealand 45-40 in an interesting quarterfinal and then thrashed mighty Australia, 45-40 in the semi-final. However, Indian players could not continue their winning spree and succumbed to the defending champions England in the final and had to settle with the silver medal.

This is a dedicated fencing tournament which is being conducted in London from August 9 to 20 by the Commonwealth Fencing Federation under the aegis of Commonwealth Games Federation. There are more than 1,000 athletes from over 35 countries participating in this championship.

Kashvi, a student of Class 12, is currently pursuing medical stream in Carmel Convent School, Chandigarh. She honed her fencing skills under coach Mukesh Kumar and her mentor Charanjeet Kaur.

Daughter of a doctor couple based in Chandigarh, Kashvi aims to win Asian Games and Olympic gold medals in coming years. “It was such a proud and mesmerising moment for us when we saw our daughter receiving the medal and holding the Indian flag at the commonwealth podium in London,” her parents said.

Kashvi’s father Dr Mandeep Garg is a senior radiologist at PGIMER, while her mother Dr Suruchi Garg is a practising dermatologist in the city.

The Fencing Association of India (FAI) and the Sports of Authority of India (SAI) also congratulated the young athletes for bringing glory to the nation.

“Will Withdraw Campaign In Bihar If…”: Prashant Kishor
Salim Fruit was assigned to finish Dawood’s sister’s tasks: NIA to court