Chhattisgarh CM Baghel rues lack of kits, says everyone with travel history should be tested - Govt.in - Telling the truth- always! 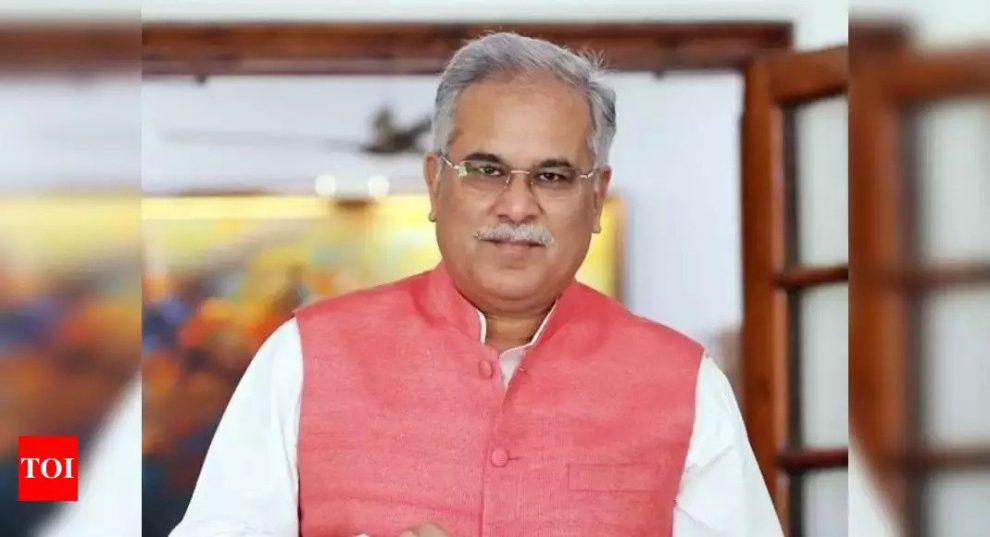 NEW DELHI: People with travel histories must be tested for coronavirus, Chhattisgarh CM Bhupesh Baghel told TOI in an exclusive interview after three of nine coronavirus cases in the state tested positive for the virus without displaying any of the usual symptoms related to the ailment.
Speaking to TOI over phone from Raipur, Baghel said of the 9 cases detected in Chhattisgarh so far, one girl, asymptomatic and under home quarantine for over 18 days, has tested positive. Another boy without symptoms, and a third person who travelled nearly two months ago also tested positive for coronavirus, he said. “This contradicts the Union government’s 14-day quarantine theory, as well as assertions that only those with symptoms should be tested. All foreign-return people should be tested. But since there aren’t enough kits, the Union government is insisting on testing only those who develop symptoms,” Baghel said.
As a containment measure in the absence of adequate kits, Chhattisgarh government has put all persons with travel histories under mandatory home quarantine and informed local police to ensure no one jumps the lockdown. “But without proper tests, we just don’t know whether someone is a carrier. This silent aspect of the virus is very worrisome and we are ill-equipped to handle the load if more people test positive,” Baghel said.
Emphasising the need to ramp up testing, he added that several persons from Chhattisgarh attended the Tablighi Jamaat congregation in New Delhi and would now need to be traced and tested. However, he described as “unfortunate” the ruling party ‘doing communal politics’ over disease. “First, it is very wrong that these people stayed there in such large numbers. How they escaped the Central and state administration scanner is a matter of concern. But doing politics over this is not only unfortunate but also reflects a sick mentality. This disease was spread from China, not by these people. But they are made to look responsible,” the Chhattisgarh CM said.
Baghel also said his government put in a lot into preparing for the state’s self-imposed lockdown on March 21. Before scaling up restrictions, Chhattisgarh government, Baghel said, distributed 70 kilos of free rice to each of 56 lakh families in the state, set up shelters and amenities for 60,000 migrant workers, and provided two quintals of rice at every ward and across all 11,000 gram panchayats to cater to those left out of the PDS net. The state is also distributing dry rations and cooked meals to beneficiary families under various schemes. “We started imposing restrictions from March 13 and announced a full lockdown on March 21, even before the PM announced it. But you did not see chaos or migrations from Chhattisgarh because we planned in advance and made adequate resources available at every level. The PM should have done this too, put aside his ego, and held consultations with states to come up with ideas to prevent panic and the mass exodus of migrants from Delhi,” he said.
More on Covid-19
Red-flagging the shortage of personal protective equipment for health workers in Chhattisgarh, Baghel said the state is currently making do with protective gear health workers wear during institutional deliveries and said Chhattisgarh has 700 ventilators and 2700 ICU beds at present; numbers which may be scaled up depending on need.
He added said Chhatisgarh government will not order any cuts in salaries of workers or officers in light of the coronavirus pandemic, even though mines, factories and plants have had to down their shutters in the state and it is likely to be a long road to recovery for the state and country’s economy. “There is no monetary assistance to states from the Union government. Even the PDS grains they promised as a part of the relief material has not been received so far. But, when the time comes, we will think of a recovery path. First, we have to get out of the prevailing situation,” he said.