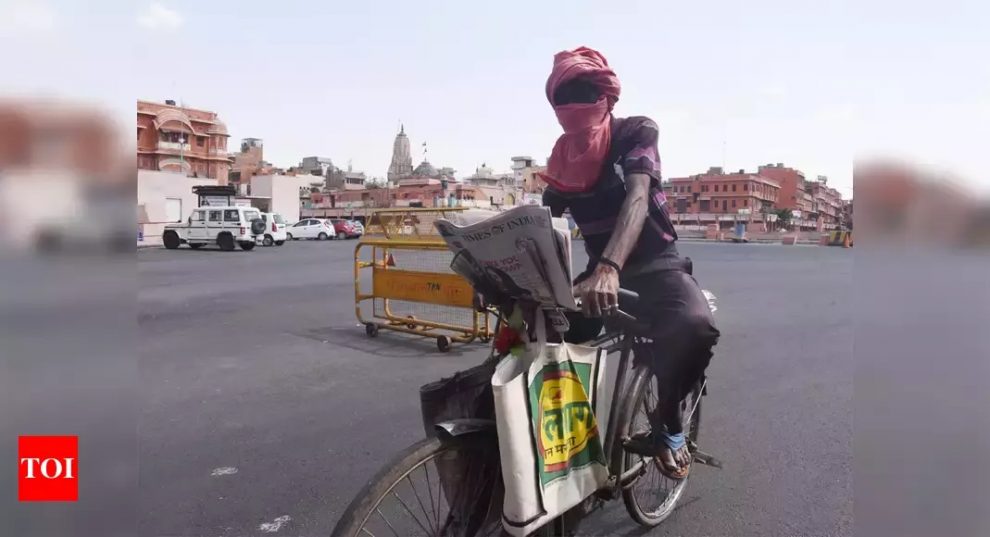 JAIPUR: Five more positive cases were reported in Rajasthan on Wednesday, including a 4-year-old child in Jaipur, taking the total cases to 348 in the state with death toll six, health officials said.
While one new patient was reported in Bikaner, a 21-year-old male who came in contact with a corona positive Tablighi Jamaat member, the second is a 50-year-old female from Banswara. She was in contact with previously reported positive case, said Additional Chief Secretary Rohit Kumar Singh.
Coronavirus lockdown: Latest updates
Three new cases reported from Jaipur include 40-year-old female, four-year-old girl and a female whose age is yet not known, he said.
Out of three cases, two are from Ghat Gate area and one from Ramganj — all contacts of previously positive cases.
Jaipur now has 111 positive cases (incuidng two Italians) out of which over 90 cases are from Ramganj.
Around 10 out of these are contacts of Tablighi Jamaat, and others are friends and relatives and contacts of a person who returned from Oman in March and did not follow quarantine norms.

Similarly, Jodhpur has 30 positive patients in the city. As many as 36 evacuees from Iran have also tested positive here.
The third new hostpot is Jhunjhunu where 23 patients have been tested positive.
Tonk has 20 cases, Bikaner 15, Jaisalmer 14, Churu 11, Kota 10, Banswara 10, Bharatpur 8, Dausa 6, Dungarpur five, Ajmer and Alwar five each, Udaipur four, Pratapgarh 2, Pali 2, and Karalu, Sikar, Nagaur, Dholpur one each.
The state has reported six corona deaths — two in Bhilwara, and one each in Jaipur, Alwar, Bikaner, and Kota.

Maharashtra Covid-19 cases shoot up by 60 to touch 1,078
14-month-old boy among 16 dead due to Coronavirus in Gujarat

India has issued unique ID cards to just 32L of its 2.7cr disabled