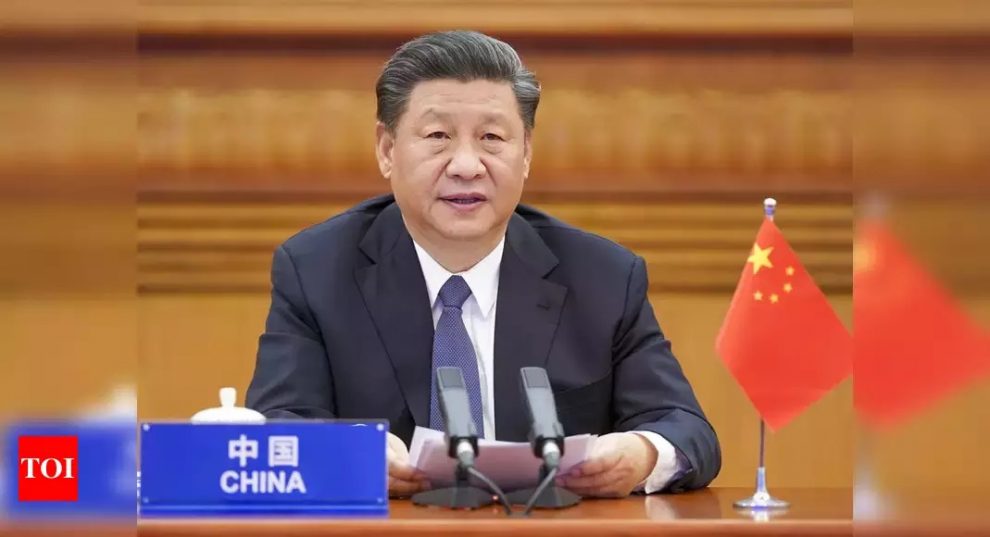 BEIJING: China-India relations are standing at a new starting point and facing new opportunities, Chinese President Xi Jinping said on Wednesday, exchanging congratulatory messages with his Indian counterpart Ram Nath Kovind on the 70th anniversary of bilateral diplomatic ties.
On April 1, 1950, India became the first non-socialist country in Asia to establish diplomatic relations with the People’s Republic of China.
In his message to Kovind, Xi said China-India relations have experienced “extraordinary development” during the past 70 years.
With joint efforts of both sides, the two countries have established a strategic and cooperative partnership for peace and prosperity, and are endeavouring to build an even closer partnership of development, he said.
The two sides enjoy increasingly deepening bilateral exchanges and cooperation in various fields, and constantly improving coordination on important regional and international affairs, Xi, who held two informal summits with Prime Minister Narendra Modi in Wuhan and later in Mamallapuram in 2018 and 2019 which stabilised the bilateral ties, said.
Xi said he attaches great importance to the development of bilateral relations with India and is willing to work with President Kovind to elevate China-India ties to a higher level, so as to bring more benefits to the two countries and contribute more positive energy to Asia as well as the world, state-run Xinhua news agency reported.
President Kovind, in his letter to his Chinese counterpart Xi, conveyed warm greetings, felicitations and good wishes to the government and the people of China.
He noted that the two sides have made considerable progress, especially in the last few years, in enhancing their bilateral engagement in a number of areas, including political, economic and people-to-people ties.
Messages of felicitations were exchanged between the presidents, prime ministers and external affairs ministers of India and China on the occasion of the 70th anniversary of the establishment of diplomatic relations between the two countries.
In his message to Prime Minister Modi, Chinese Premier Li Keqiang said friendly cooperation and mutual benefit serve the fundamental interests of the two countries and peoples and will benefit Asia and the world.
China is ready to work with India to take the opportunity of the 70th anniversary of the establishment of diplomatic ties to push for new achievements in China-India strategic cooperative partnership, a press release issued by the Chinese foreign ministry said.
Modi, in his message to Li, said coravirus pandemic is a reminder of the interconnected nature of the world and the need for adopting a global response to it.
Modi also said good bilateral relations are conducive not only for the two countries, but also important from the perspective of peace, stability and prosperity of the region and the world.